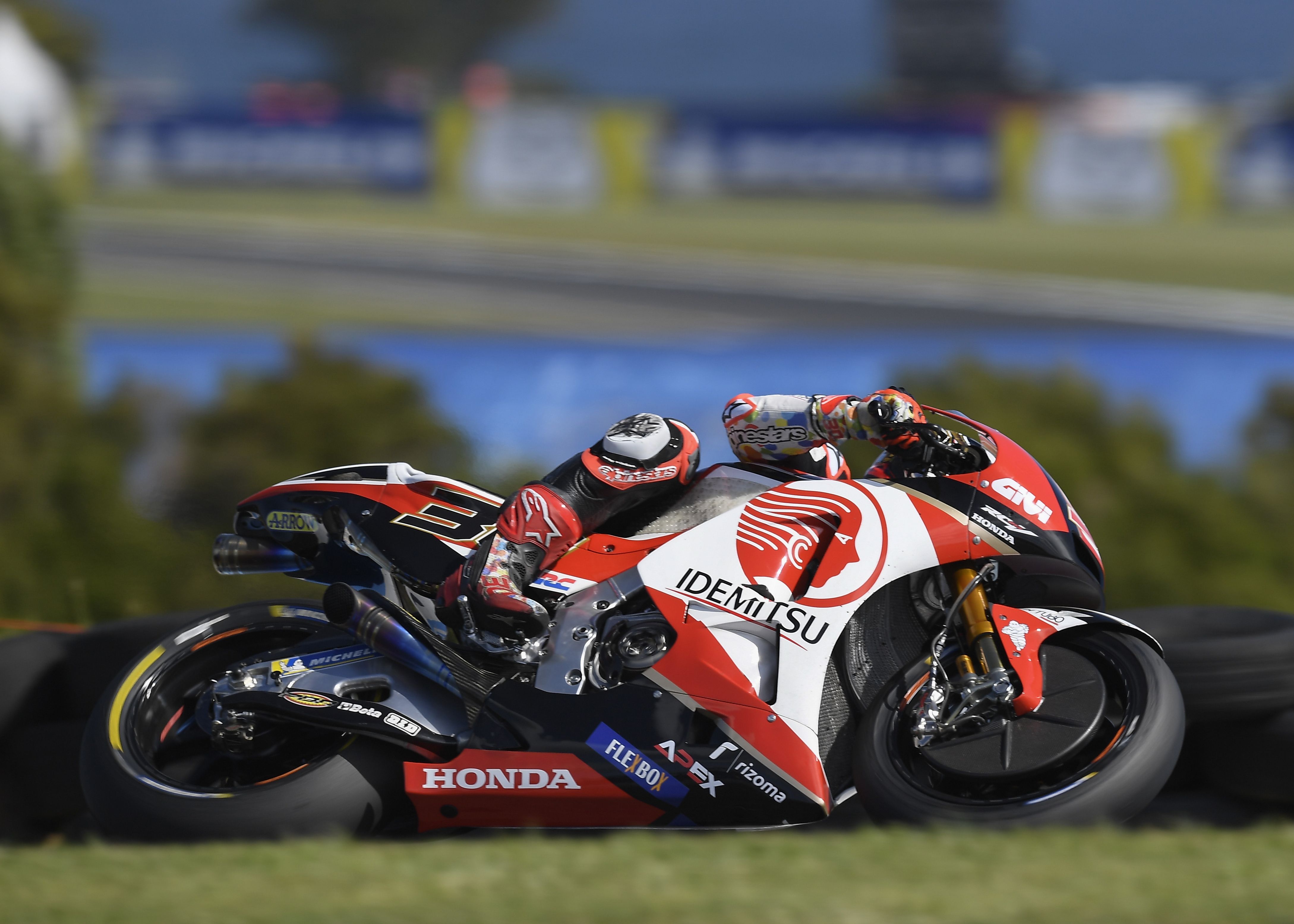 Nakagami – who started from the fifth row of the grid – was one of only two Honda riders to complete the race in Australia. Although he was unable to find the pace he wanted throughout, Taka stuck to his task and managed his tyres successfully to ensure he chalked up another finish in his debut season in the premier category.

“It was a difficult weekend. Today the weather conditions were a little bit better than yesterday, they were less windy and the track temperature was getting higher and higher. We decided to go with a soft compound on the rear and I think that was the correct choice, but I really struggled in the last ten laps. The lap times were quite strong and I couldn’t find the race pace I wanted. In the end I got into the points which is very good, but I was expecting a better result here so now we have to think about the next one in Sepang and try to be more consistent over the weekend.”