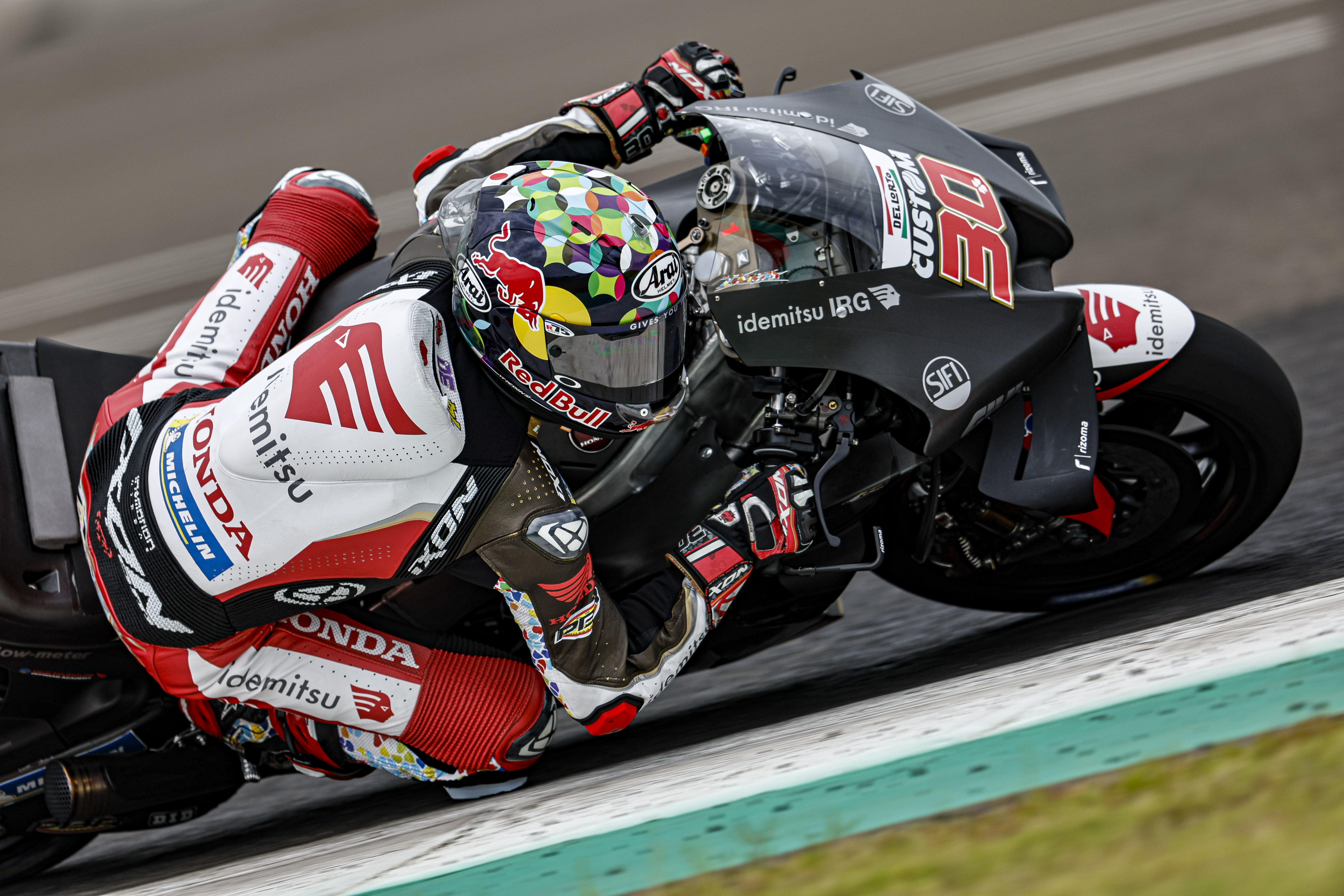 The second and final MotoGP pre-season test got underway in Indonesia on Friday morning. The first-ever action at the new Mandalika circuit in Lombok took place in mixed and dirty conditions, complicating matters for the premier class riders, with LCR Honda IDEMITSU rider Taka Nakagami finishing the day just outside the top 10.

After riders initially went out on a wet surface, the session was red-flagged to allow the track to be cleaned before proceedings resumed around midday. Taka continued his adaptation to the 2022 RC213v prototype at the new venue and completed a total of 52 laps as his times improved throughout the day. The Japanese star is now hopeful of improving on his 11th position in Saturday’s session.