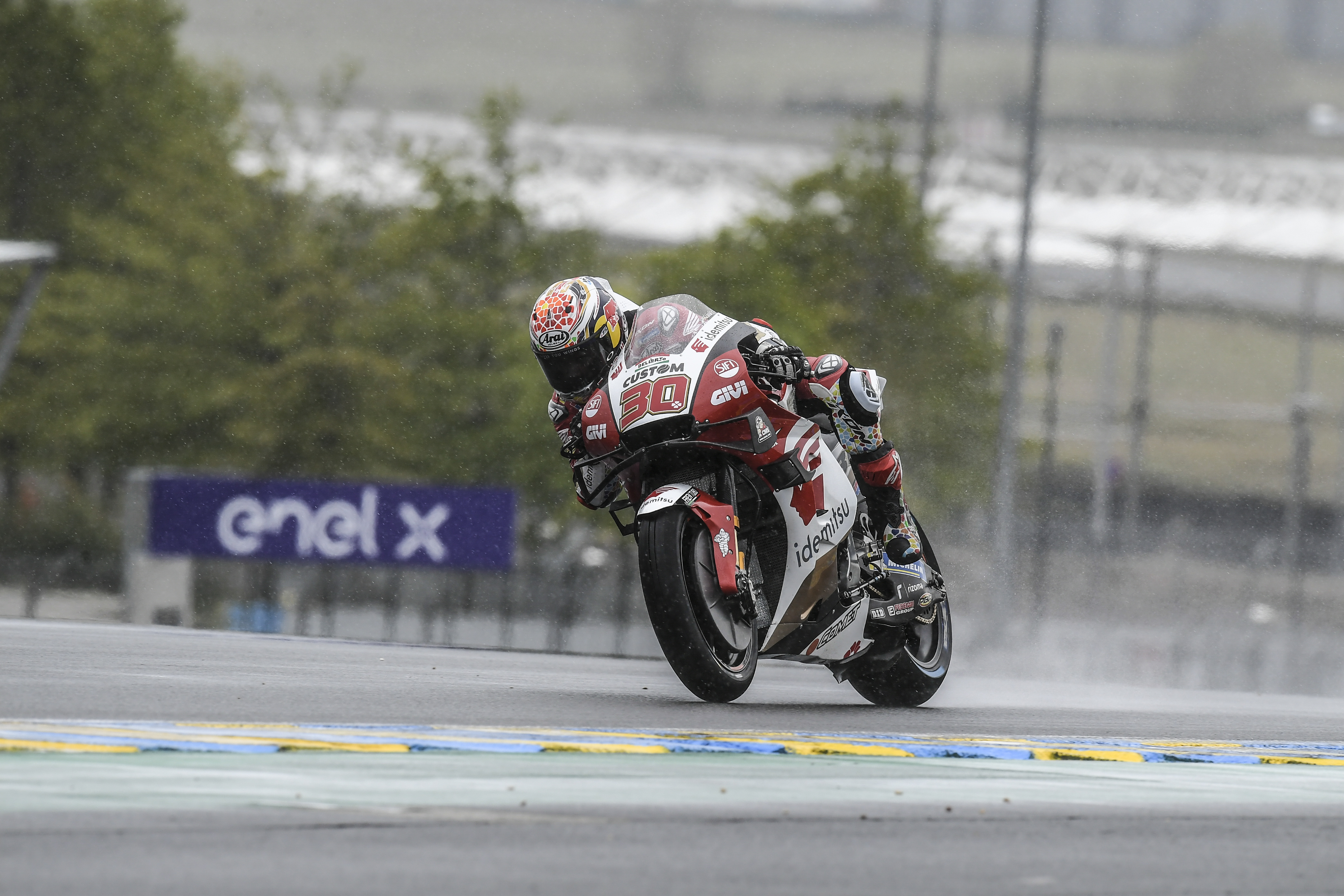 LCR Honda IDEMITSU rider Takaaki Nakagami claimed 7th in the French Grand Prix after a chaotic race at Le Mans. While it started in dry conditions, early rain forced the riders to change bikes and, although he was in the podium positions at one stage, the Japanese rider ultimately battled hard to see the chequered flag and secure valuable championship points.

Departing from seventh on the grid, Taka made a brilliant start to move into fourth and held that spot at the end of the first lap after some exciting passing exchanges. Rain then started falling, forcing riders back to the pits to switch machinery and the LCR man went third when race leader Marc Marquez crashed out. He was unable to maintain his position in the drying conditions, but showed consistency and concentration to claim a creditable seventh spot.