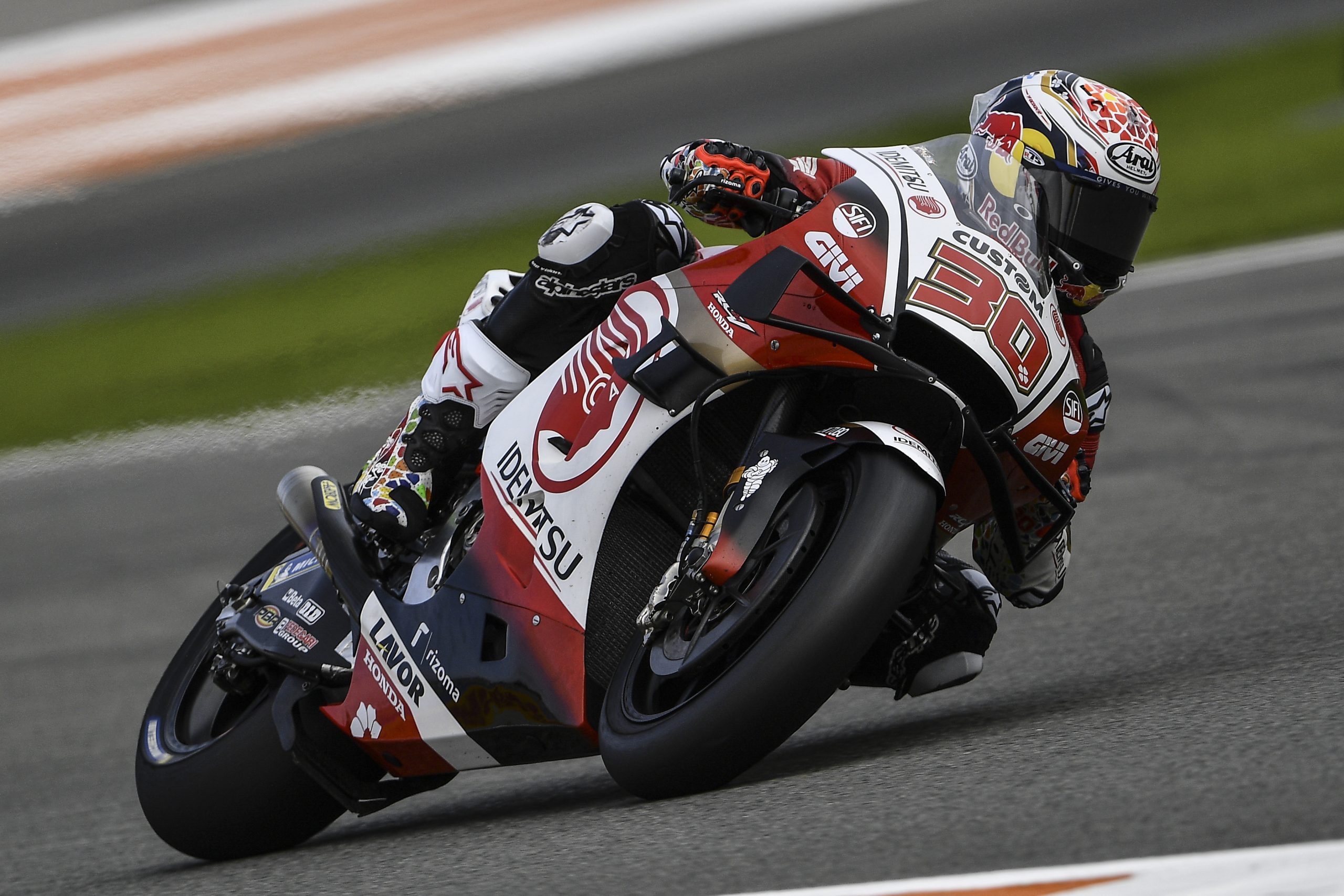 Takaaki Nakagami got off to an excellent start as he was 2nd fastest on the opening day of the Valencia Grand Prix. Having narrowly missed the top three at the same venue last weekend, the LCR Honda IDEMITSU rider was back amongst the pacesetters as the premier class enjoyed much more favourable conditions at the Circuit Ricardo Tormo.

Nakagami laid down a marker in a dry and sunny FP1 as he dominated the session to finish top of the timesheets. He was close to repeating the feat in FP2, but eventually had to settle for second behind Ducati’s Jack Miller as most riders managed to improve their times. The Japanese star is now targeting a spot on the front row in qualifying for the third race running.