CHALLENGING QUALIFYING FOR TAKA AT MISANO

CHALLENGING QUALIFYING FOR TAKA AT MISANO 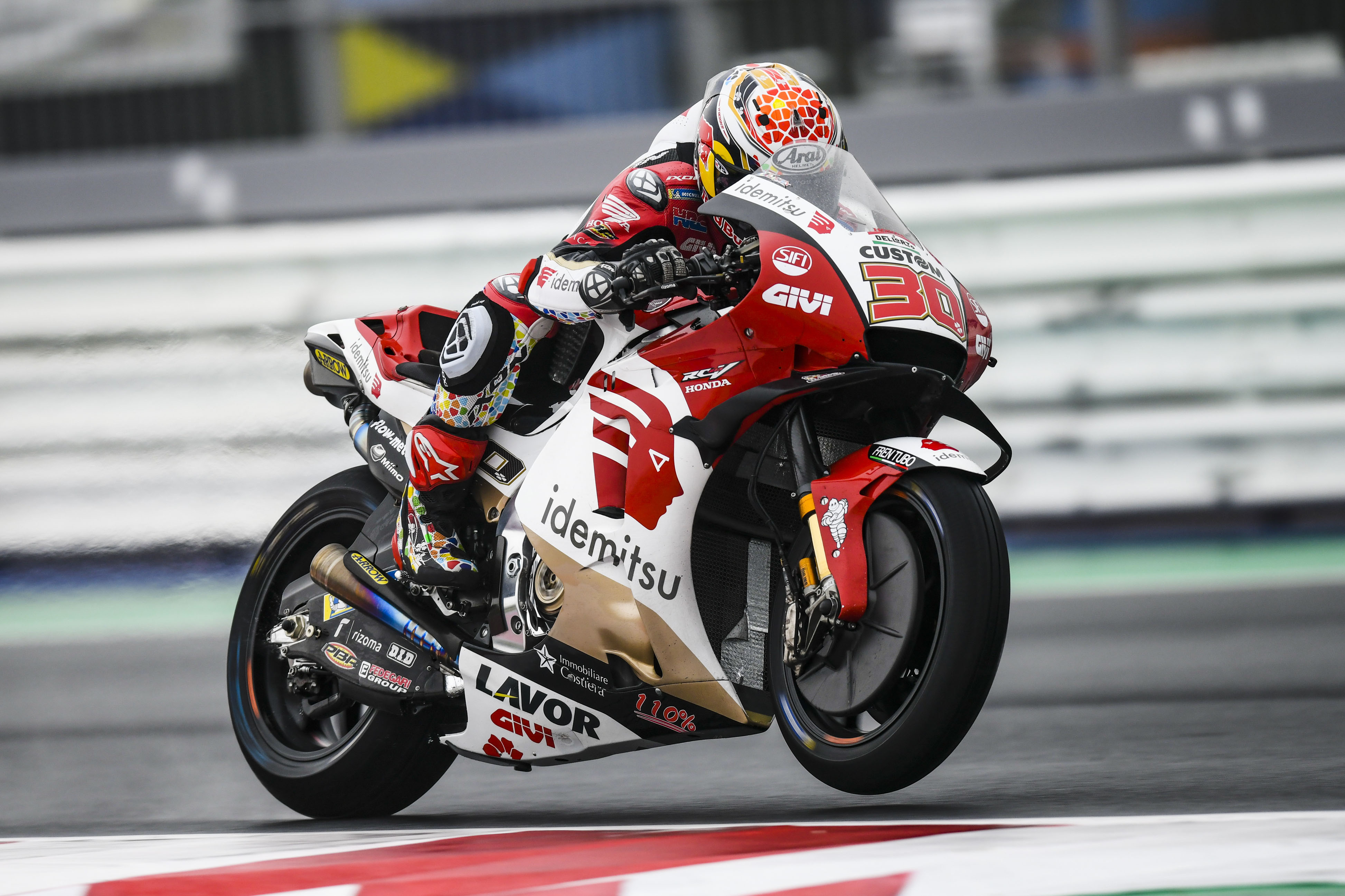 Takaaki Nakagami will start the Emilia Romagna Grand Prix from the sixth row of the grid as conditions once again complicated matters for the MotoGP class at Misano. Having struggled in the wet on Friday, the LCR Honda IDEMITSU rider was faced with a damp track for much of the day and eventually settled for 17th position overall.

Early rain ensured FP3 was another wet session, although times began to drop in the closing stages. Taka improved his overnight time by over two seconds, but still ended down in 20th and then claimed 14th on a drying surface in FP4. Conditions improved again for Q1, but the Japanese star ultimately placed sixth in a competitive shoot-out featuring the likes of Fabio Quartararo, Pecco Bagnaia and Joan Mir. Due to a yellow flag, his flying lap ( 1’34.875) was cancelled and he will be starting from the 6th row of the grid, P17.