DEMANDING GP FOR NAKAGAMI AT THE CATHEDRAL

DEMANDING GP FOR NAKAGAMI AT THE CATHEDRAL 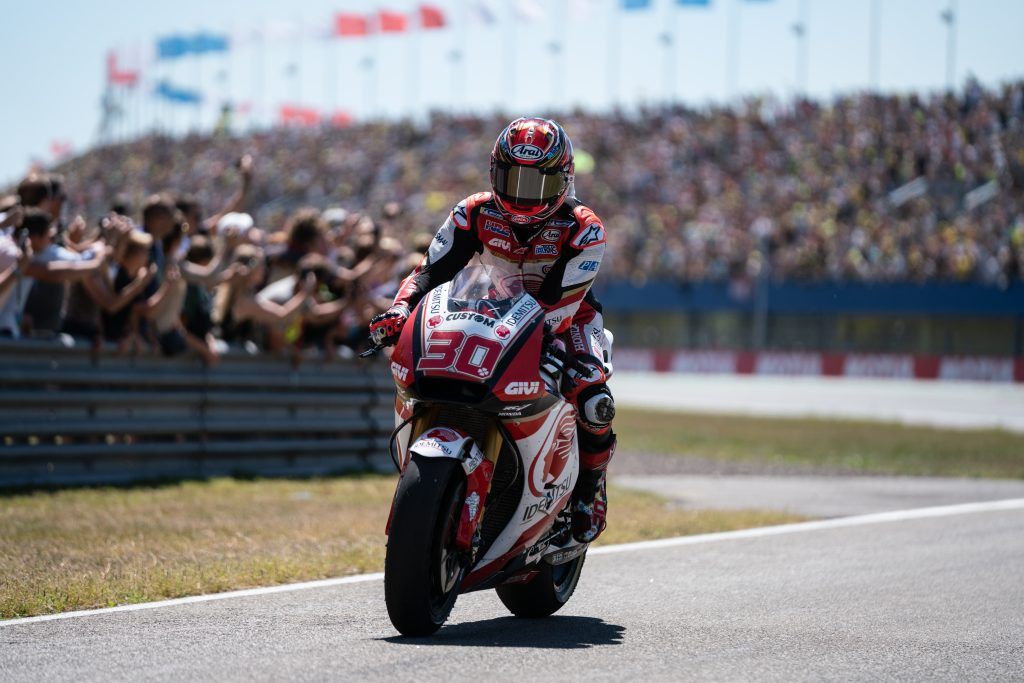 LCR Honda IDEMITSU rider Takaaki Nakagami finished in 19th position in Sunday’s Dutch Grand Prix at Assen. The Japanese rider expressed his disappointment at the result having put in a hugely encouraging display in Saturday’s qualifying, eventually claiming 13th spot on the grid having narrowly missed on progressing to Q2.

Nakagami battled hard throughout Sunday’s race, but had issues with his rear grip which undermined his hopes of pushing through the field. Although he saw it through to the chequered flag once again, the 26-year-old was hoping for better and is now aiming to make further improvements to his set-up at the forthcoming test in Brno.

“Of course I’m a bit disappointed about today’s race. After the start I was fighting a lot within the group, but I was struggling to find the rear grip with our option of the hard tyre on the rear. It was not the wrong choice because we tested this tyre twice and it worked well for us, but I just struggled for grip until towards the end of the race and my pace wasn’t as good as I’d hoped.

“The team, as always, did a great job this weekend and I’m disappointed about the result, but I’m looking forward to the Brno test and am hoping to find another step forward. We’ll keep pushing hard and look to improve. The next race at the Sachsenring will be a completely different test, but I have good memories there and will stay positive.”