FOURTH ROW FOR TAKA AT SACHSENRING

FOURTH ROW FOR TAKA AT SACHSENRING 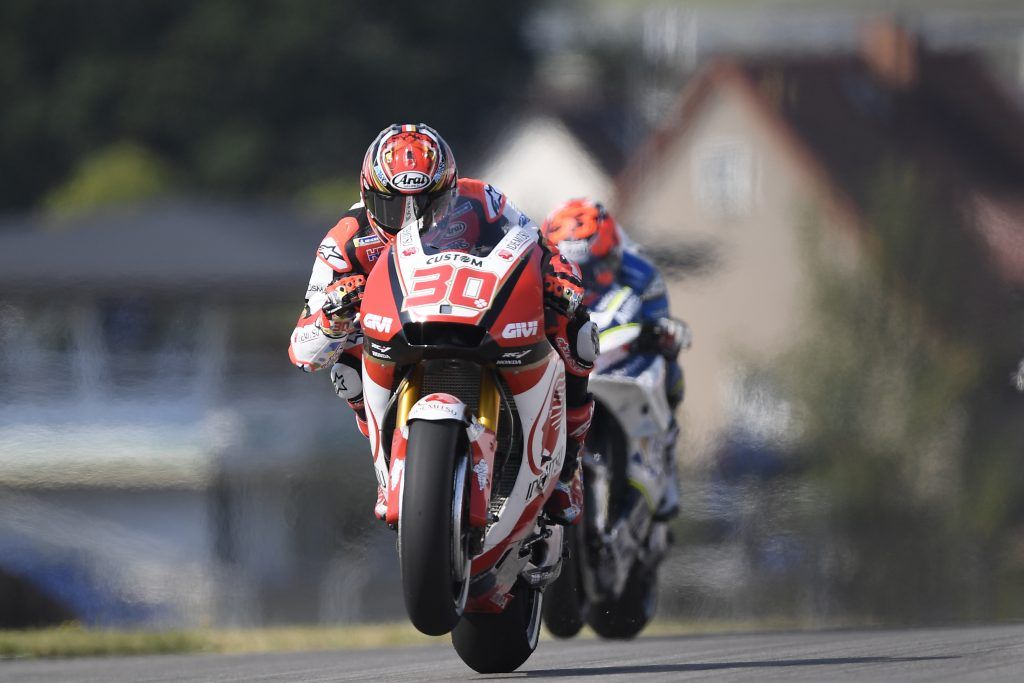 LCR Honda IDEMITSU rider Takaaki Nakagami will start from the fourth row at the German Grand Prix after battling through to Q2 at the Sachsenring on Saturday. Having posted the seventh fastest time at the legendary German circuit on Friday, the Japanese talent competed impressively again today to ensure he made his second Q2 appearance of the MotoGP season.

Nakagami did find the going tougher on Saturday as he ended down in 16th position in FP3 and then 13th in FP4. But he showed his speed and battling qualities in Q1 to finish second, holding off the likes of Johann Zarco, Jack Miller and Aleix Espargaro to earn his spot in Q2. Although he had to settle for 12th position, Taka took confidence from his performance ahead of tomorrow’s race.

“Today was quite tough after yesterday and the lap times were really tight. The good thing was that I started in Q1 and made it into Q2, that is really positive for me. In Q2 I did my best to get a good result, but the lap times were so tight and I made a few mistakes. But I tried my hardest and tomorrow we’ll start from 12th position which is not so bad.

“It’s going to be a really strong race because this track is really short, but there are 30 laps. I think everybody is struggling on the rear grip, we’ll have to decide which tyre to use although we’re still not decided. We’ll see after the warm-up.”