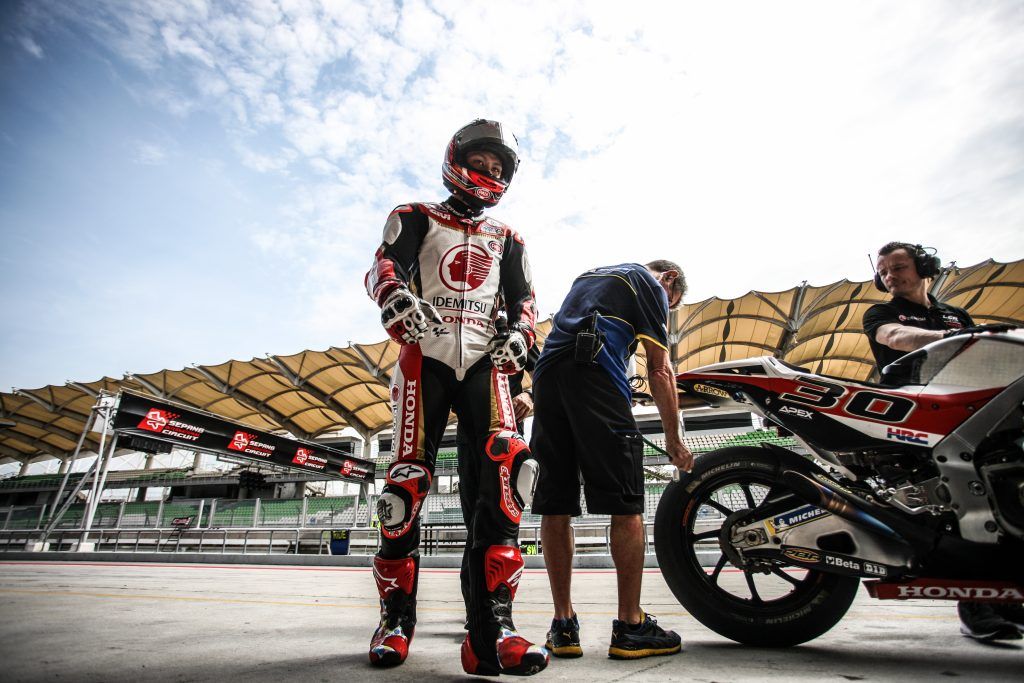 Day two of pre-season tests at the Sepang International Circuit in Malaysia, saw LCR Honda IDEMITSU rider Takaaki Nakagami continue his apprenticeship with the RC213V. After overnight rain had delayed the riders taking to the track when the green lights came on, temperatures then soared towards the 40°C mark in the middle part of the day, both conditions challenging the rookie’s adaptation to the MotoGP machine by restricting the number of laps that could be put in.

Despite these setbacks, the Japanese rider still completed 50 laps of the gruelling Malaysian venue, and whilst only 21st on the timesheets overall, he and the team can look at a gap of just 1.5 seconds from the fastest rider. His best lap of 2’00.952 came in the earlier part of the day, before a small crash in the afternoon prevented him from making a time-attack like many of his rivals when temperatures dropped slightly.

“The second day of testing has been quite good, we had a good start to the morning session, but then I had a small crash at around 4pm. It was a really small mistake and a small crash but the bike was damaged a little bit and I had to swap to the spare machine. On that bike the geometry was a bit different, and the feeling wasn’t so positive, so it changed our plans a bit.”

“At the end of the day I wasn’t able to push for a lap time, but I’m feeling OK physically, so we are looking forward to the last day tomorrow when we will try for a long run race simulation.”