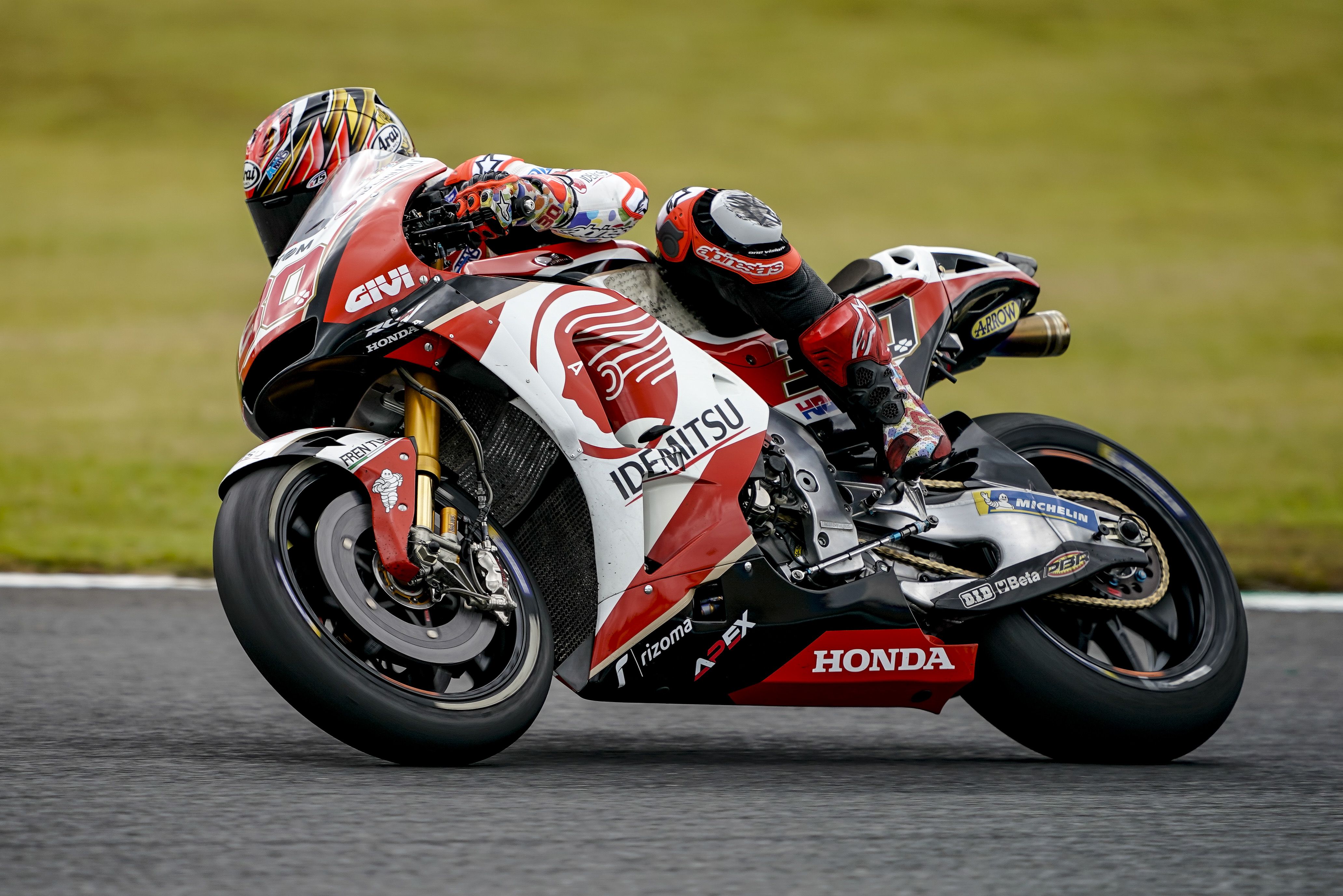 LCR Honda IDEMITSU rider Takaaki Nakagami finished the opening day of his home GP just outside the top 10 at the Twin Ring in Motegi. With a one-year extension to his contract with the Japanese manufacturer already confirmed this week, the local hero will be looking to put on a show for his passionate fans this weekend and made a solid start on a day of mixed conditions.

Taking advantage of a dry track in the morning, Taka posted the 13th best time of FP1 as he finished less than three tenths outside the top 10. Rain in the afternoon made life more difficult in FP2, but Nakagami was one of the riders who opted to go out and get more laps under his belt on the damp circuit. Although unable to improve on his time from FP1, the 26-year-old is already looking forward to qualifying on Saturday.

“It was tricky in FP2, but FP1 we were lucky to have the dry conditions. The track conditions in FP1 were ok, the rubber and the grip levels were not so bad. We were close to the top 10. Unfortunately FP2 was mixed conditions and nobody improved their lap times, but now we’re looking forward to tomorrow and FP3.”