SOLID START FOR NAKAGAMI IN JEREZ

SOLID START FOR NAKAGAMI IN JEREZ 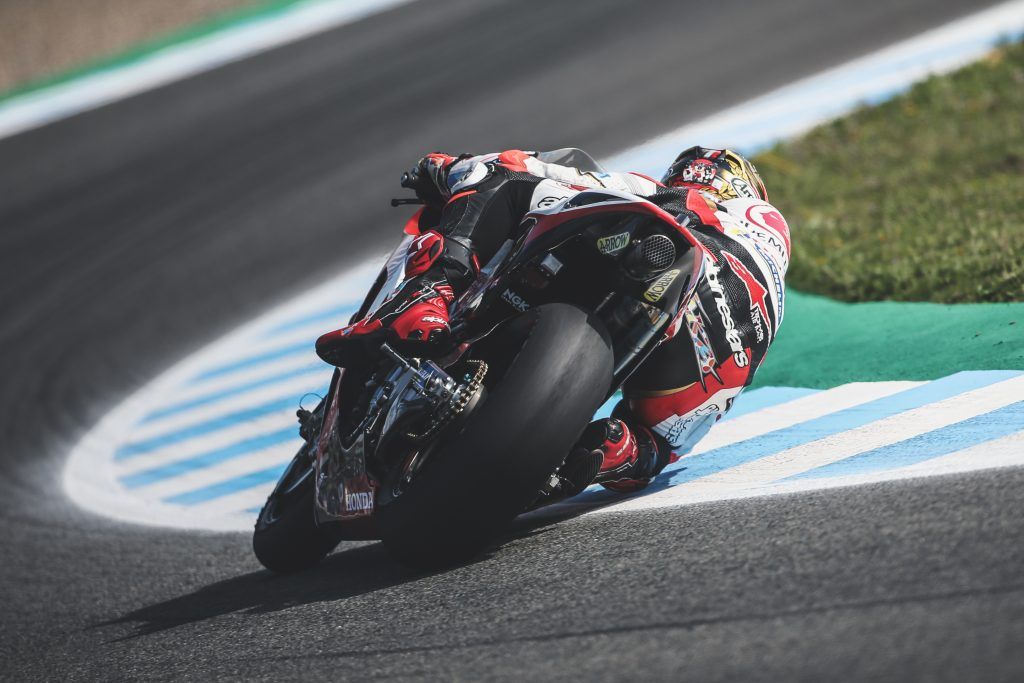 LCR Honda IDEMITSU rider Takaaki Nakagami produced a solid performance on day one of the Spanish Grand Prix at Jerez. The Japanese rookie finished with the 15th fastest time on Friday as he looks to continue his impressive adaptation to the MotoGP class that has seen him finish all three of his first races in the premier category.

Nakagami finished 16th on the timesheets during FP1, but broke the 1’40 barrier during the afternoon session as he improved his position by one place. The 26-year-old acknowledged he had difficulty adapting to the soft rear tyre he used at the end of FP2, but is confident of finding a solution ahead of Saturday’s qualifying.

“This track with a MotoGP bike is quite short and I knew that because we had a test here in November. But my feeling on the bike is much better now than at the test. We had quite a good start in FP1, but in FP2 everyone improved their lap time and I had a little bit of a struggle using the soft rear tyre.

“We were working on the medium compound for most of FP1 and FP2, but in the last moments I put the new soft on the rear and the feeling was completely different. We have to find a solution for this to improve my feeling with the soft tyre, but we have time to improve the lap time tomorrow and hopefully we can finish in the top 10 in FP3.”