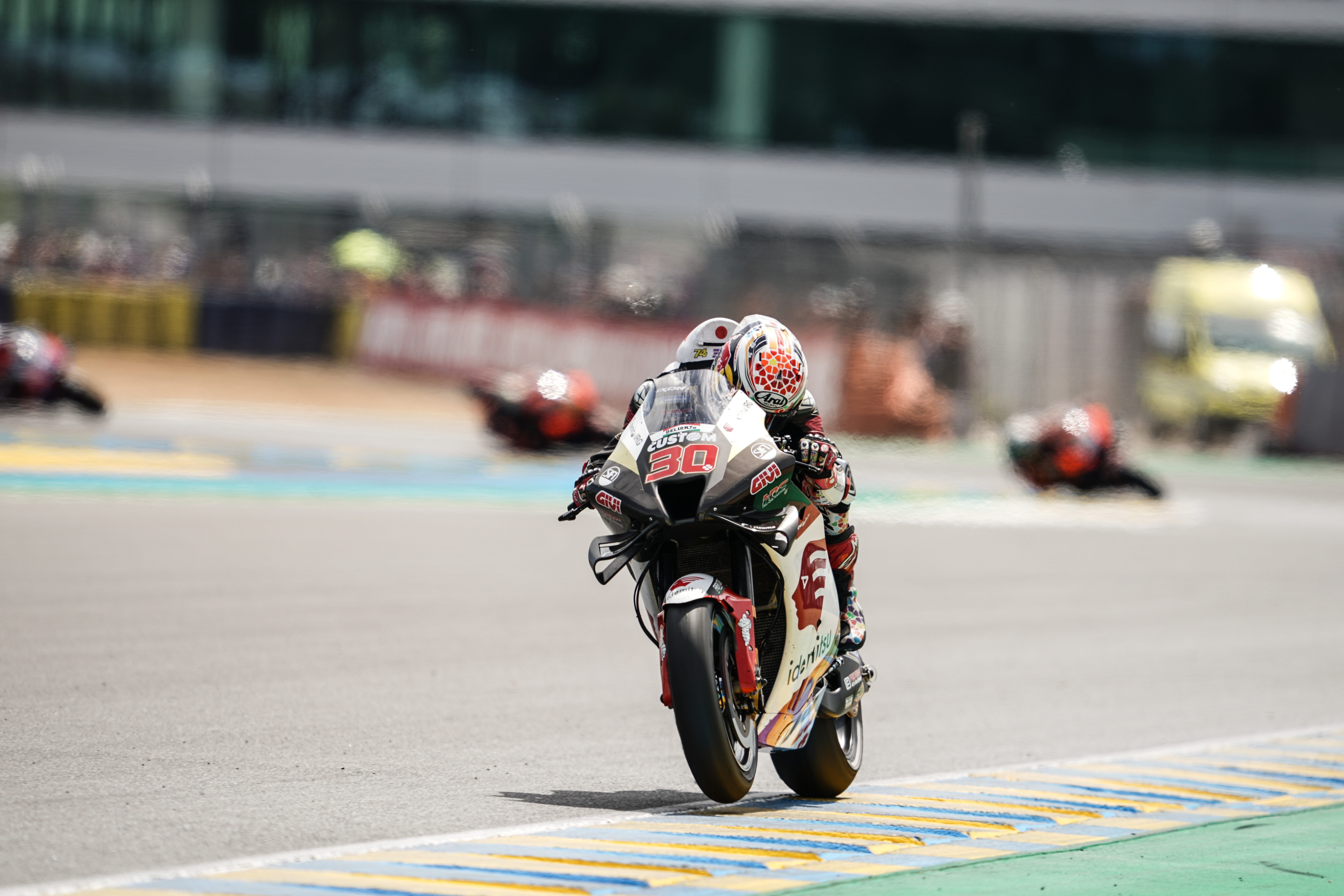 Takaaki Nakagami battled superbly to claim 7th position in Sunday’s Grand Prix of France at Le Mans. The LCR Honda IDEMITSU rider fought through from the fourth row of the grid to equal his best result of the season at the historic French venue, finishing just behind HRC colleague Marc Márquez.

The Japanese star was third fastest in the morning warm-up and carried that momentum into the race, making a brilliant start to climb into fourth spot after the opening corners. He lost ground after a coming together with Fabio Quartararo, but showed good pace throughout, finishing strongly to close on Márquez.