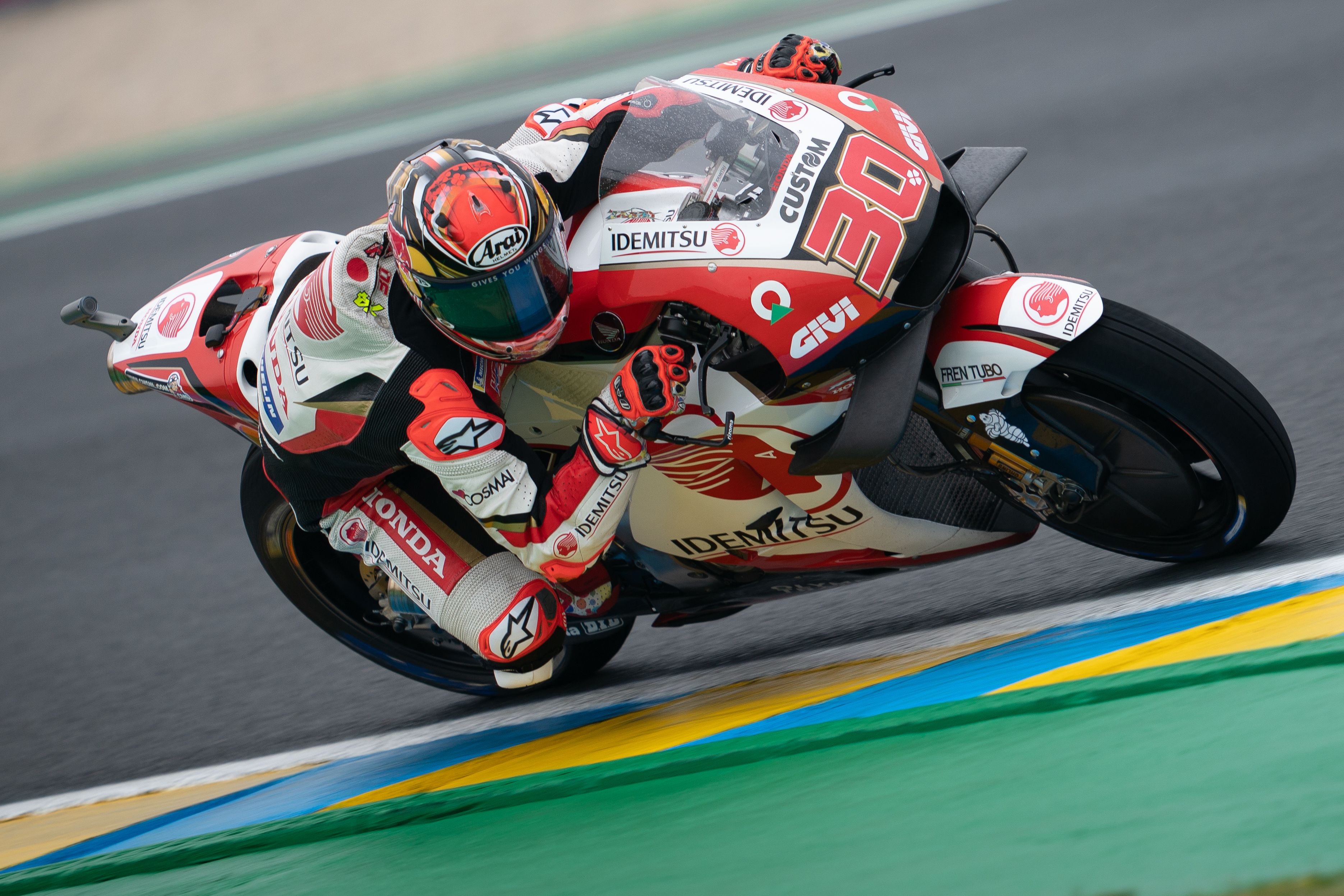 Takaaki Nakagami will start from the front of the third row at the French Grand Prix after securing his best-ever qualifying result on Saturday. Wet weather at Le Mans made life difficult for the MotoGP field, but the LCR Honda IDEMITSU rider showed skill and composure to take seventh position in Q2 and give himself every chance of challenging in Sunday’s race.

The damp conditions in France ensured Nakagami was rewarded for his efforts on Friday, when he finished inside the top 10, as he progressed straight into Q2 with the riders unable to improve their times in FP3. Although he struggled in FP4 as well, Taka bounced back in Q2 and posted his career best grid result despite a late fall in the session.

“Overall today, all sessions were quite tricky, especially FP4 and qualifying. I saw that Q1 was really tough, but also in Q2 it was really difficult to make the right tyre choice. Some people went for the slicks, but for us it was too risky and we used two wet tyres. But even for us it was confusing, we went out with a medium rear but at the end changed to a soft and it was the wrong choice as I had a crash at the last moment. But it was ok, I’m really happy with the result, seventh is my personal best on the grid, so that’s good. Tomorrow it’s difficult to know about the track condition with the weather, if it’s like this then the first priority will be to finish the race. We have to think about improving the set-up of the bike and the grip, but I’m happy with the result.”