DISAPPOINTMENT FOR TAKA AT LE MANS

DISAPPOINTMENT FOR TAKA AT LE MANS 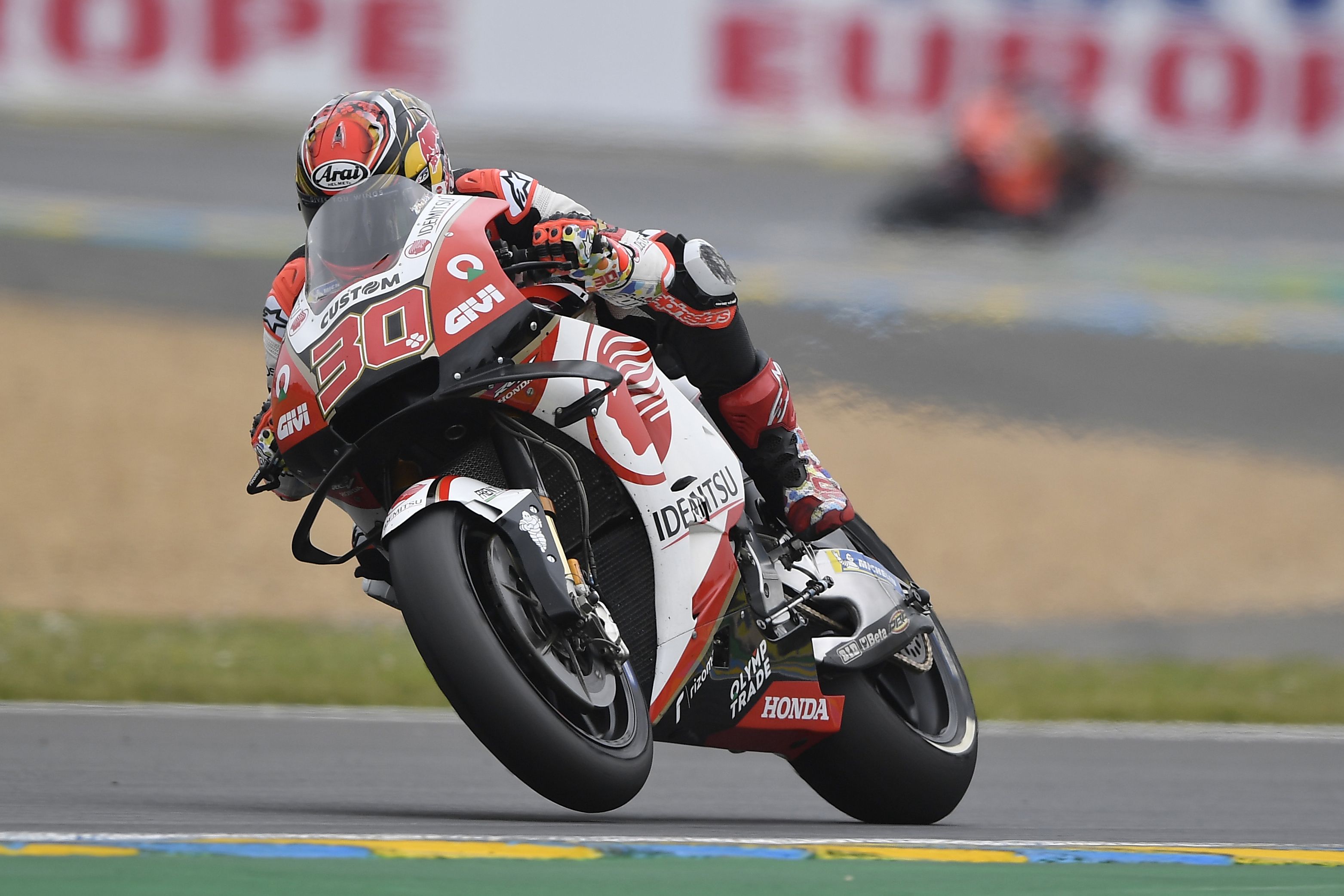 Takaaki Nakagami’s weekend ended in disappointment as he crashed out of the French Grand Prix in the closing stages on a day when Marc Marquez secured Honda’s 300th victory in the premier class at Le Mans. Taka had produced a career best performance in qualifying to start from the front of the third row in seventh spot, but could not find a consistent rhythm during the race and saw a points finish slip away eight laps from the end when he fell.

The LCR Honda IDEMITSU rider admitted he was pushing hard throughout just to stay in touch with the top 10. He was lapping in 12th when he suffered the heavy fall that ended his race, but was able to walk away from the incident uninjured. Nakagami is now focusing on the next round in Mugello after the frustration of his first failure to finish this season.

“Of course, I’m really disappointed and first of all I want to say sorry to the team because they did a really great job all weekend. I’m upset that the weekend ended like this, but fortunately I’m okay, it was quite a nasty crash. The race was a bit of a struggle from the beginning, we knew that we didn’t have really good pace, but I tried to do my best and was pushing very hard, although the data didn’t show too many mistakes. Sometimes it just happens, but of course I’m disappointed (to crash) and I’ll just try to stay positive. The next race is in Mugello and it’s the home race for the team so hopefully we’ll have a good weekend there. I really like the layout at Mugello, it’s high-speed and a good circuit for my riding style and I can’t wait to ride there with the new bikes.”