CHALLENGING RACE FOR TAKA AT CIRCUIT OF THE AMERICAS

CHALLENGING RACE FOR TAKA AT CIRCUIT OF THE AMERICAS 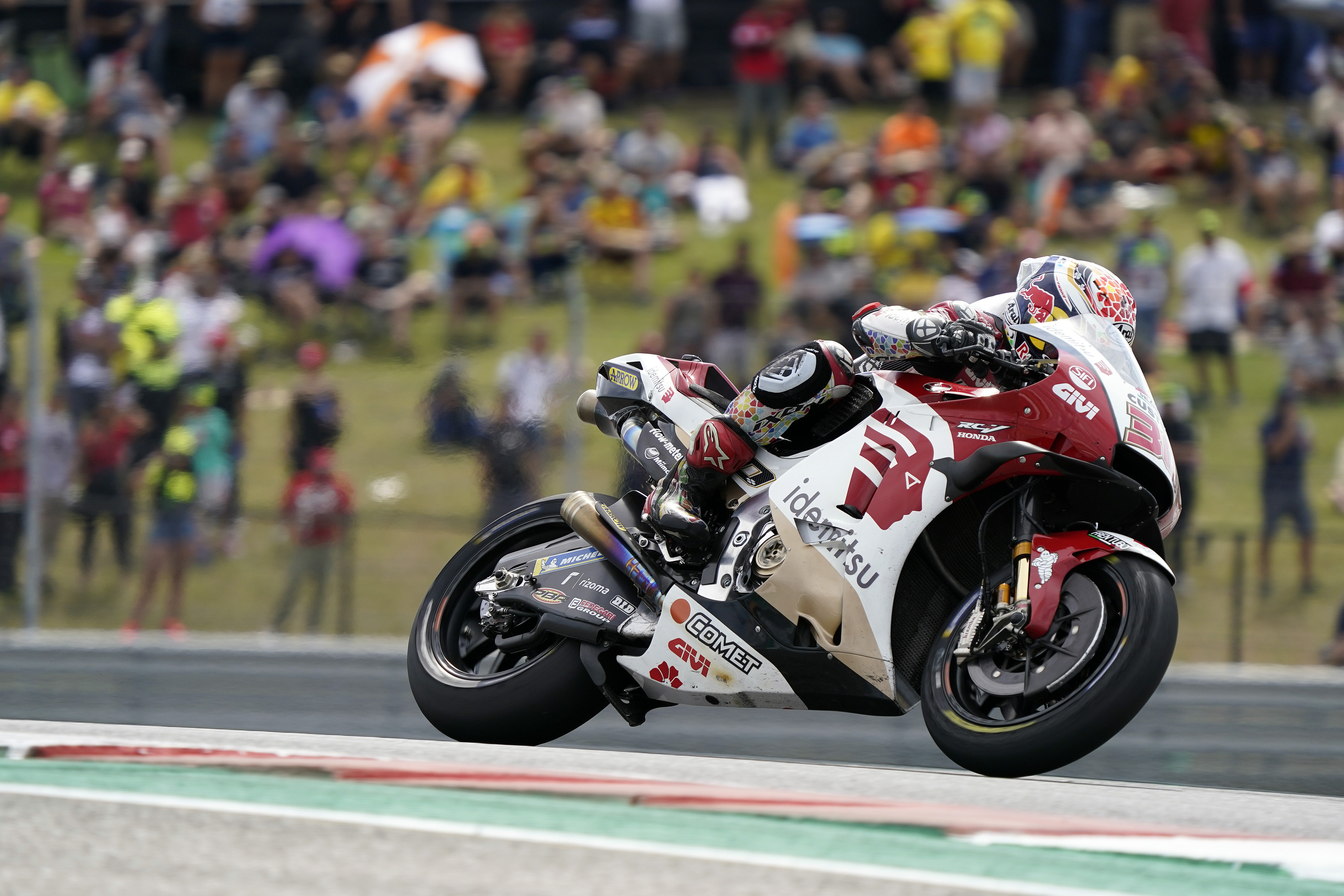 The Grand Prix of The Americas did not go to plan for Takaaki Nakagami as he finished in 17th position after an early fall in Sunday’s MotoGP race. The LCR Honda IDEMITSU rider pushed hard to get involved in the battle at the head of the field, but slid out on the second lap and had to rejoin, although his subsequent race pace was second only to eventual winner Marc Márquez.

The Japanese star underlined his speed at the Circuit of the Americas by going fastest in Sunday’s warm-up. Starting from fifth on the grid, he lost a couple of positions on the drag to the first corner, but fought his way back past Joan Mir to sit sixth at the end of the first lap. Then, in trying to pass Pecco Bagnaia, he slid out at turn 12 on lap two, but showed his resilience to rejoin and passed Morbidelli and Petrucci in the closing stages to claim 17th.