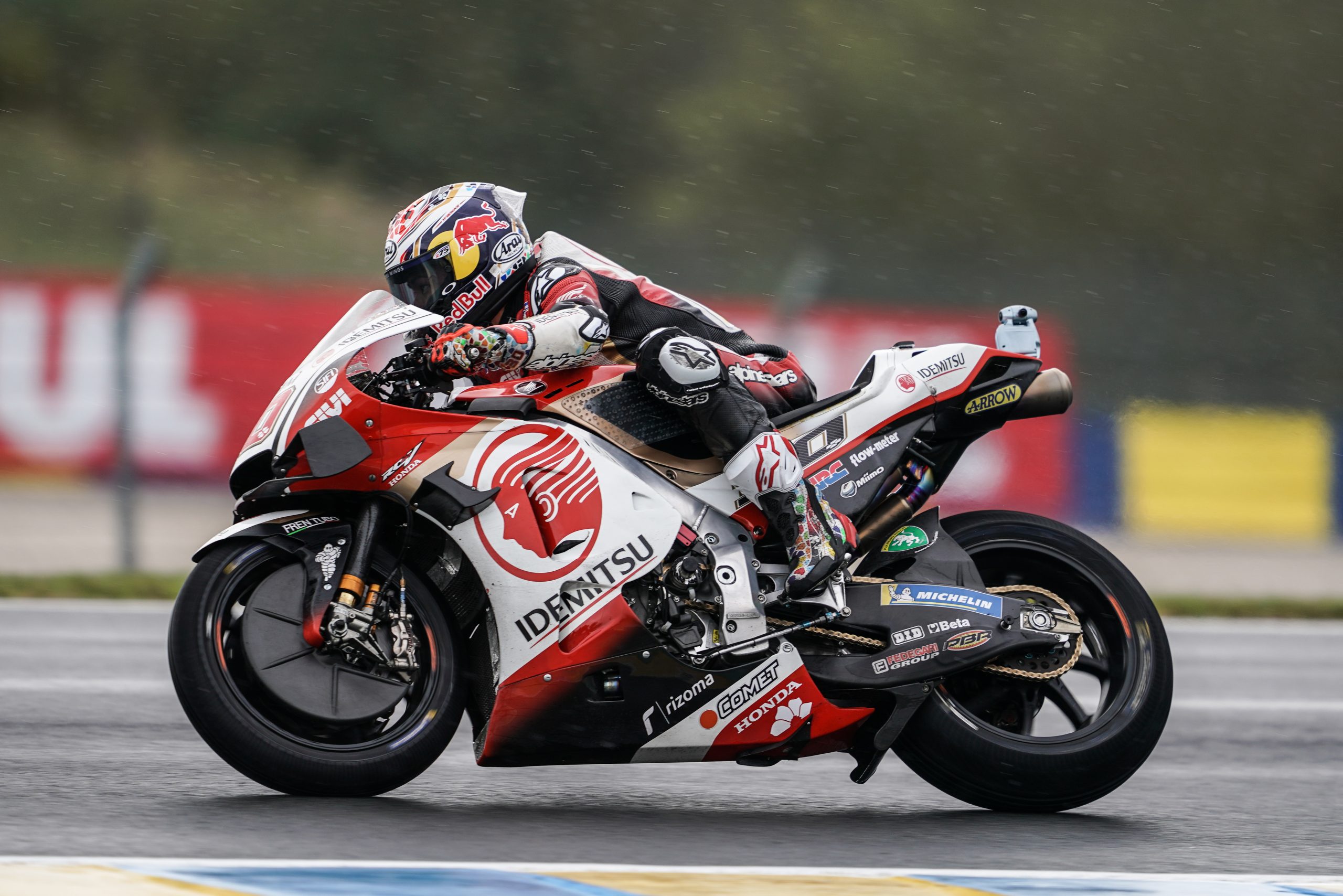 Takaaki Nakagami rode a determined and measured race to claim seventh position in the French Grand Prix on Sunday. Starting from 13th on the grid, the LCR Honda IDEMITSU rider had to show patience during a wet race at Le Mans before he picked his way through the field, ending strongly to finish just six seconds behind eventual winner Danilo Petrucci.

With heavy rain just before the start forcing riders to switch from dry to wet set-ups, Nakagami made a solid start and had forced his way up to tenth by lap six. He continued to make progress throughout and finished well clear in seventh as he registered yet another top-10 finish which leaves him in fifth place overall in the riders’ championship.