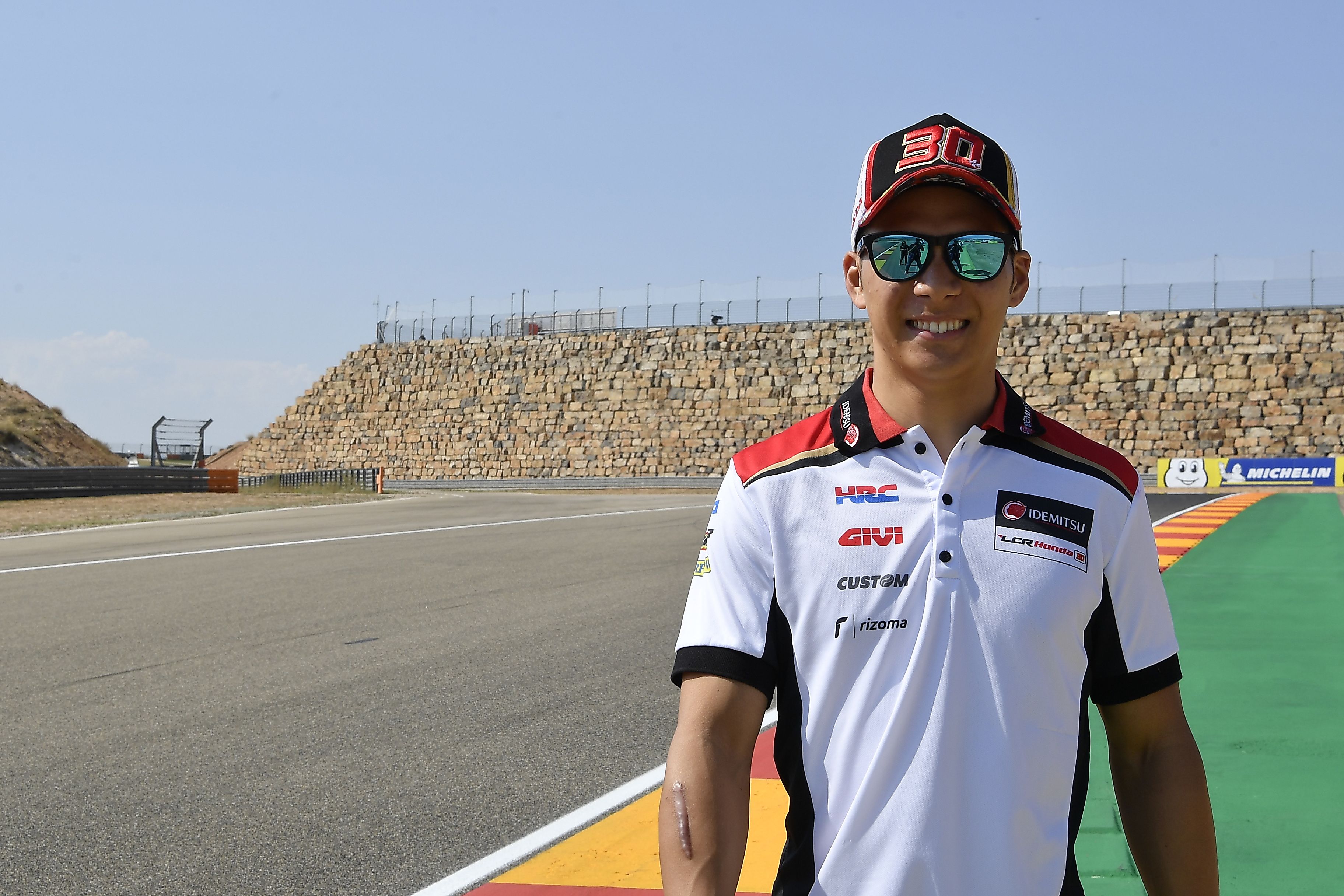 After his best result in nine races at the last race in Misano, Takaaki Nakagami is hopeful of continuing his good form this weekend at the Grand Prix of Aragon in north-eastern Spain. The LCR Honda IDEMITSU man scored three valuable points at the San Marino GP just under two weeks ago, and with perfect weather conditions forecast at a circuit he enjoys racing at, the Japanese rider is hopeful of continuing that momentum at Motorland Aragon.

With just six rounds remaining in his debut MotoGP season, Taka is just 12 points behind in the Rookie of the Year battle with Honda stablemate Franco Morbidelli, and the 26-year-old is confident of making up ground on Sunday in Spain.

“I think it’s a really important race because after here we are on to the flyaway leg of the season in the Asia-Pacific region. The confidence is good at the moment, and although we didn’t test here in Aragon, we come off the back of a positive race at the last round in Misano. As always, we need to keep working hard and try to improve in every session throughout the weekend. I’ll be trying my best as always to get a good result before the long-haul events”.

“This track was not so bad for me in the past with the Moto2 bike, where I qualified on the front row and was always fighting for the podium positions. It’s a layout I enjoy, the back straight is quite long and I enjoy the changes in elevation. It is going to be a very hot weekend, but at least the weather will be stable so that means we can build on every practice we do.”