NAKAGAMI IN THE POINTS IN MISANO

NAKAGAMI IN THE POINTS IN MISANO 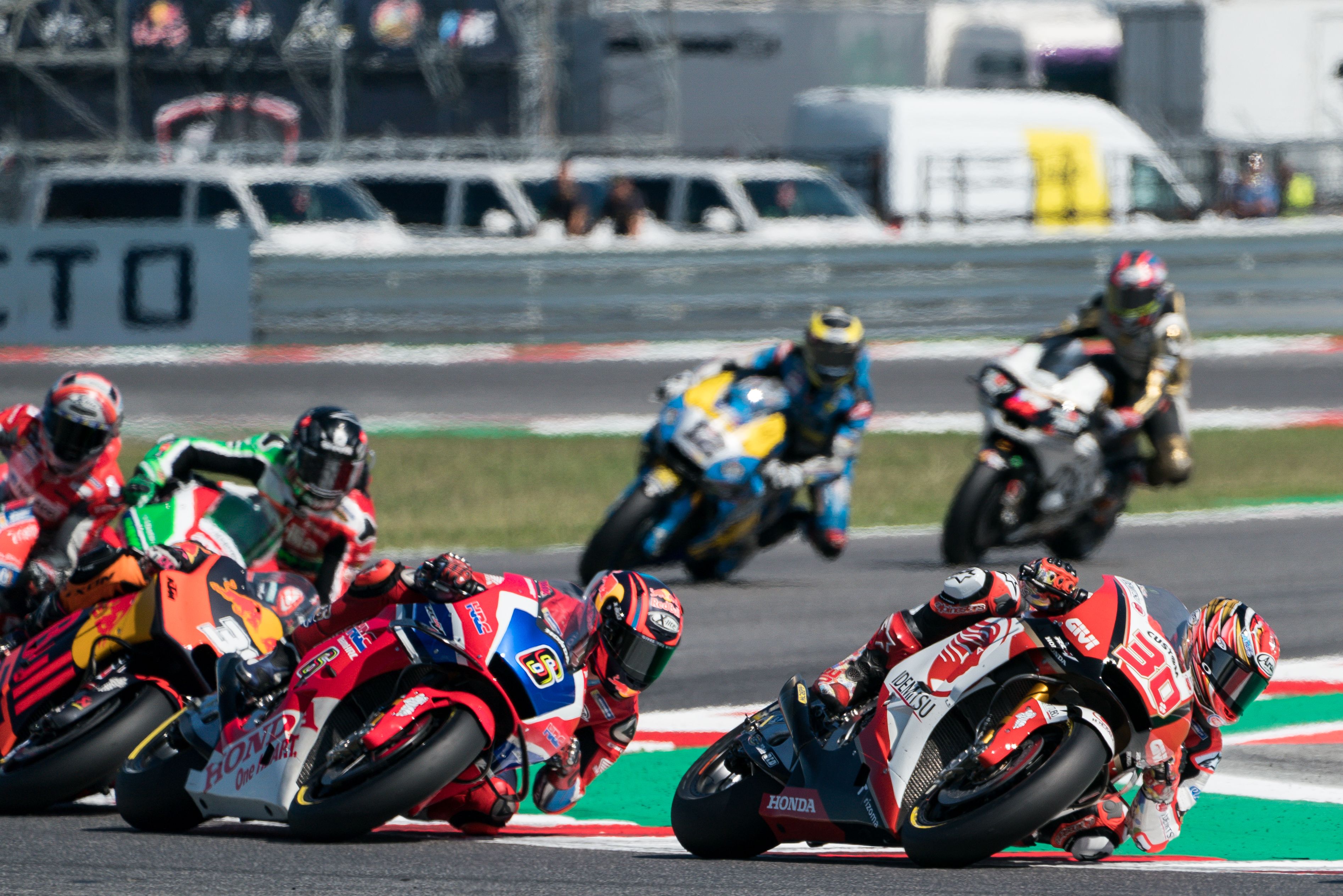 LCR Honda IDEMITSU rider Takaaki Nakagami produced a fine ride to claim 13th position in Sunday’s San Marino Grand Prix in Misano. The Japanese rookie started from the seventh row of the grid, but built on a good start to finish in the points for the sixth time this season, eventually crossing the line just over five seconds off the top ten.

Nakagami was aware of the need for a fast start after qualifying in 19th position and did just that as he made up places on the first lap. He was then able to maintain a consistent race pace and just failed to get past Franco Morbidelli at the end which would have seen him equal his best result of the year. The 26-year-old was pleased with his performance and is now looking forward to the next round in Aragon.

“It was a really long race and it was hot, but it was the best conditions we’ve had all weekend. I had a really good start and overtook a few riders at the beginning of the race and tried to follow the main group. From the beginning to the end, my lap times were nearly the same, I didn’t make any mistakes and was consistent which allowed us to take some points.

“I’m happy with this result, it’s only a few points, but it’s important for me as it was a difficult weekend. I want to thank my team who did a really great job and gave me a good bike and let’s see what we can do at the next race in Aragon.”