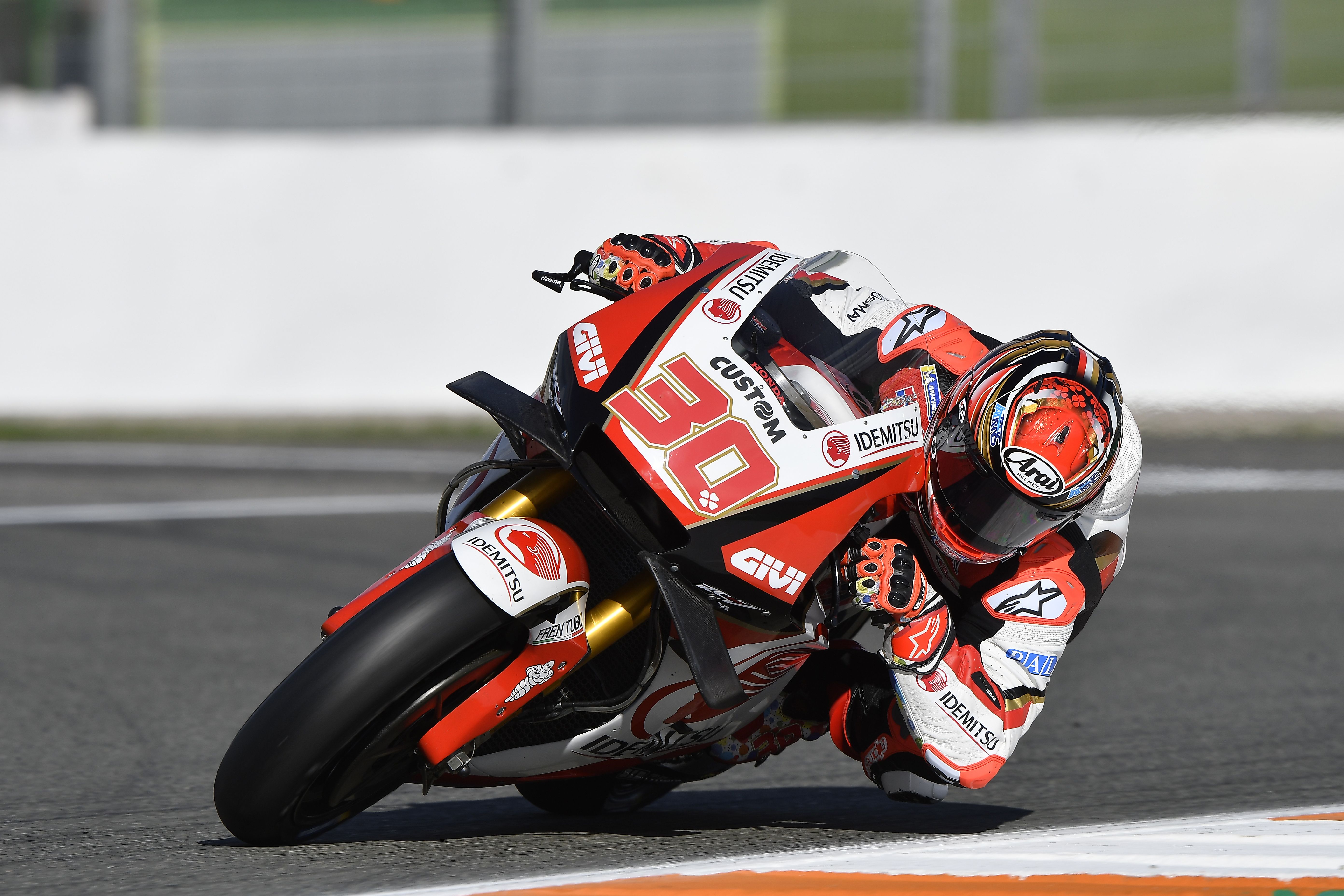 With the 2018 MotoGP season coming to a close for the LCR Honda IDEMITSU Team at Valencia on Sunday, just two days later and the first preparations began in earnest for 2019 with an official test at the same venue.

Despite a damp track at the start of the day, and rain bringing an early end to proceedings Takaaki Nakagami made his first laps on board the 2018 RC213V which has been ridden by his LCR teammate Cal Crutchlow this season. Nakagami was instantly impressed by the engine on his new machine, and although he didn’t get a huge number of laps in, was adamant that it was a distinct improvement on his previous package.

Testing continues for Nakagami at Valencia on Wednesday.

“My feeling on the bike is absolutely improved. What I like is the engine character – the difference between the 2017 and 2018 bike is that it is much smoother, and there is more power. It is quite easy to find the lap time. Still I didn’t push too much because we only got a few laps in the dry. We didn’t even put new tyres in, but the lap time was still ok. We have to take it step by step, there are just a few small things we needed to check, but the first impression was good.”

“There isn’t such a big difference in the way the chassis felt, but the engine feeling was definitely a big difference. For the second day we hope it’s going to be dry, and then we can try a few more things with the chassis in terms of set-up. The engine however, is incredible!”