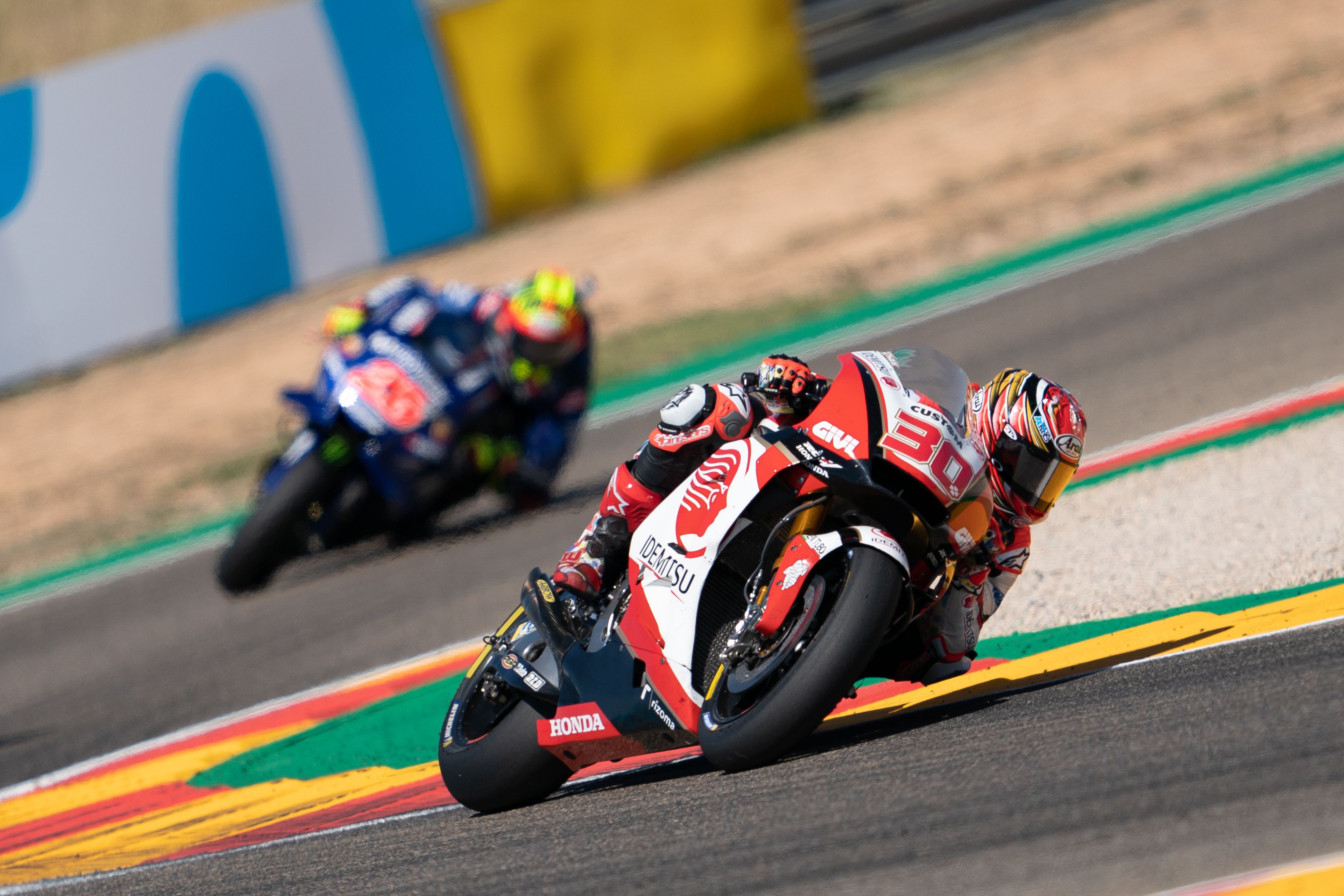 LCR Honda IDEMITSU rider Takaaki Nakagami equalled his best-ever MotoGP class result as he finished 12th in Sunday’s Grand Prix of Aragon. The Japanese rookie built on his excellent performance in qualifying – where he progressed to Q2 in dramatic style – with a strong ride to finish narrowly outside the top 10. The 12th placed finish matches his result from Jerez back in round four of this year’s championship.

Full of confidence after his display on Saturday, Nakagami underlined his improvement by going 13th in the warm up session. After a good start to the race, the Japanese talent became involved in a battle for tenth position with the likes of Maverick Vinales, Johann Zarco, Bradley Smith and Franco Morbidelli. In the end he finished just behind Morbidelli, with Vinales claiming tenth just five seconds ahead. It concluded a positive weekend for Taka who is now looking forward to the flyaway races, including a return to Japan next month.

“I knew that this was going to be a tough race in very hot conditions. I had quite a good start and managed to find some space as everyone came together at turn one and got up to eighth or ninth position I think. Then I had a big fight with Aleix (Espargaro) and just lost a bit of concentration on the gears and lost acceleration which allowed everyone to get back past me”.

“I think we were better in the early part of the race than we were in Misano, but unfortunately I still had a bit of a bad feeling with the front tyre after 10 laps. I was involved in a fight with Zarco, Smith and Franco and got P12 which is our best result I think. But I am not completely happy as we had the chance to finish closer to the top ten. But we’ll try to improve again and I want to thank my team as we improved a lot on Saturday and Sunday.”