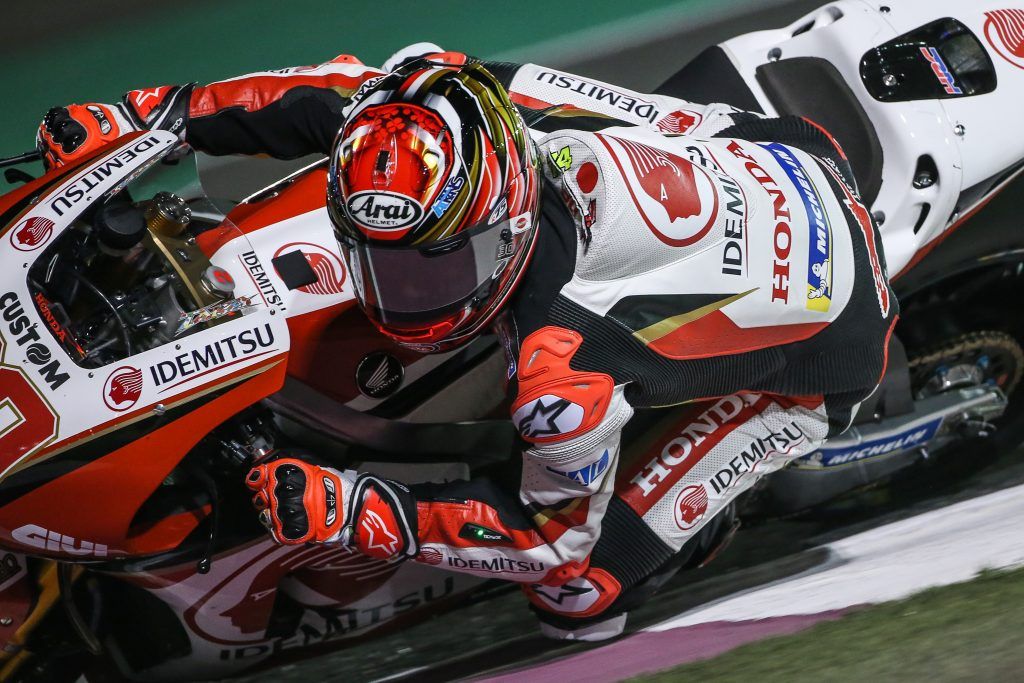 LCR Honda IDEMITSU rider Takaaki Nakagami made his official MotoGP debut on Friday as the 2018 World Championship season got underway in Qatar. The Japanese rookie got his first taste of race weekend action in the premier class as practice commenced at the Losail International Circuit.

Nakagami struggled to adapt to difficult conditions during the afternoon’s FP1 session, but made excellent progress during FP2 as he improved his time by around 1.5 seconds to claim 15th position on the timesheets by the end of the day.

“I’m really happy to start the new season, the three tests were quite positive, but now it’s completely different as it’s a race weekend. I was a lot more nervous today. FP1 took place during the day, so the track temperature was high and the condition was not so good as it was quite dirty and a lot of riders said there was no grip.

“But I knew the lap times would get faster in FP2 and my feeling was quite positive. I had a crash here on the last day of the test, but my feeling is getting better and better now. We still need to adapt to the conditions, but I will try my best in FP3 and will see where we are.”