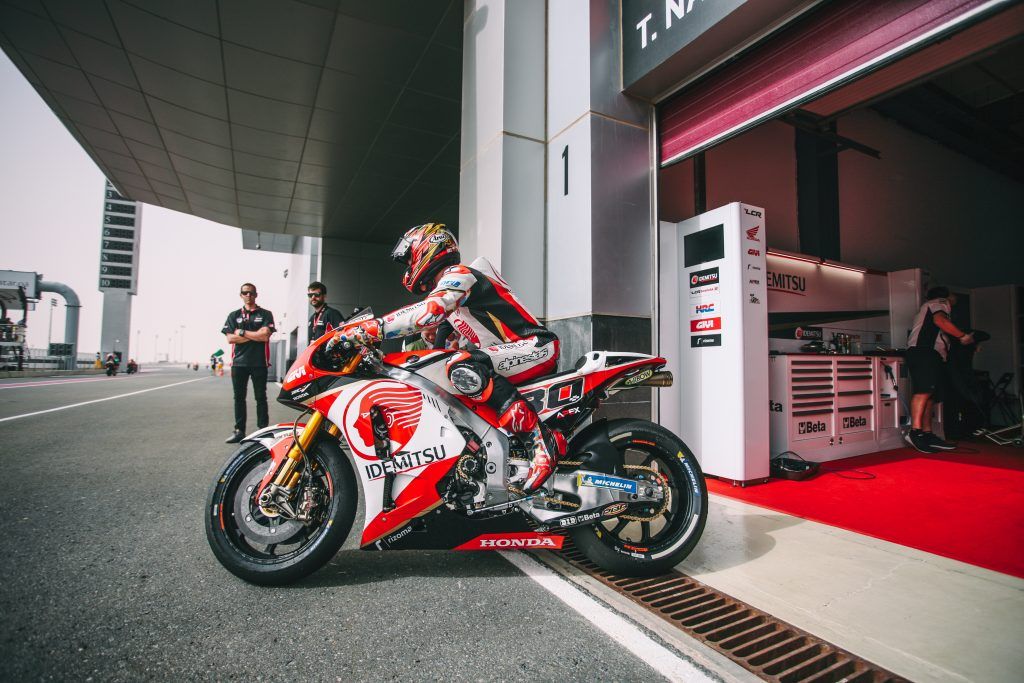 The first qualifying session of the 2018 MotoGP World Championship saw LCR Honda IDEMITSU’s Takaaki Nakagami qualify on the eighth row of the grid for Sunday’s Grand Prix of Qatar – his debut in the premier class.

The Japanese rookie had looked in good shape for much of the weekend, but suffered a setback when he had a fast crash during the final free practice session – just moments before qualifying. Heading out on his second machine he set a best lap of 1’56.401, meaning he will start from 23rd position for his maiden event amongst the MotoGP elite.

“It was a bit of a tough day for us today, especially after I had a high-speed crash in the fourth free practice at turn 15. It was the first time I used the hard option tyre on the front and I missed the grip, but I’m ok afterwards. It meant I had to swap to the number two bike and unfortunately I had a bit of a problem with the rear end – just a small electronics glitch or something.”

“It was a difficult day all round, but let’s see what tomorrow brings. It will be a long day and a long race, but as always I will try my best. It’s difficult to put a target on where I want to finish, it’s my first race and I’m not sure what the race pace of everyone in front of me will be. I need to make a good start and then I will try my best to make a good result.”