NAKAGAMI ON SEVENTH ROW IN FRANCE

NAKAGAMI ON SEVENTH ROW IN FRANCE 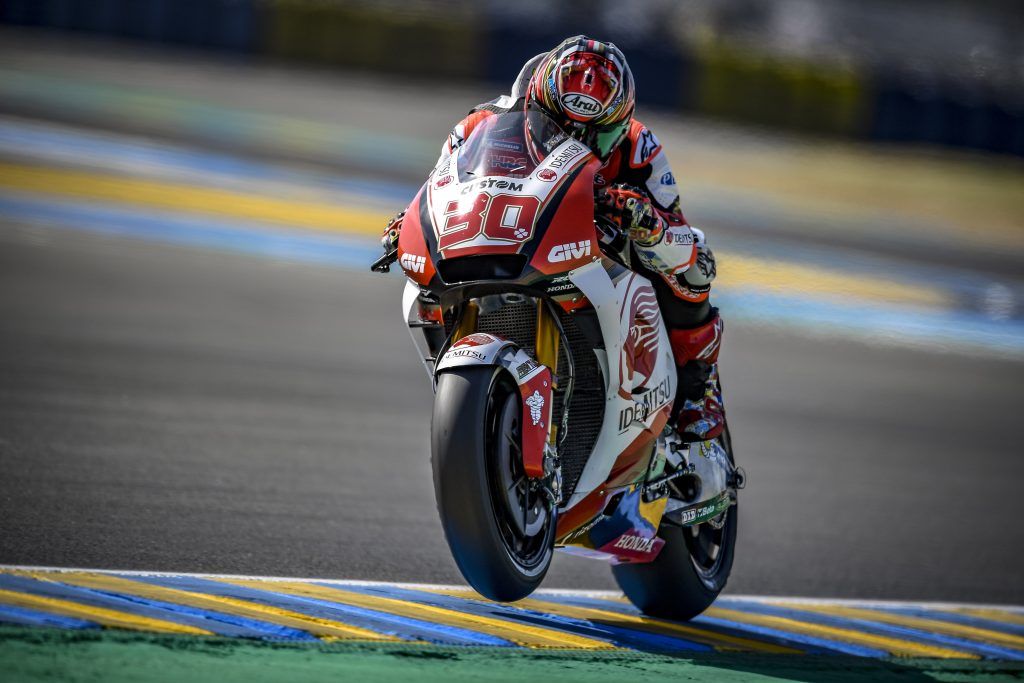 LCR Honda IDEMITSU rider Takaaki Nakagami qualified on the seventh row of the grid ahead of Sunday’s French Grand Prix at Le Mans. The Japanese rookie found Saturday’s sessions something of a struggle following his crash in FP2 yesterday, acknowledging he was still carrying some pain from that fall.

The 26-year-old was 20th fastest in both the FP3 and FP4 slots, but improved a little in Q1 to claim 19th position for tomorrow’s race. However, Nakagami remains upbeat about his chances and will look to maintain his proud record of finishing every Grand Prix thus far in his debut season in the MotoGP class.

“We struggled a little bit compared to yesterday after the crash I had in FP2 and my body condition is not perfect. I took some painkillers and the riding felt ok, but I’m not at 100 percent. We also struggled a bit on the set-up of the bike, we tried something we hoped would help but were not able to improve.

“We’ll think about it again for the race. Obviously I’m a little bit behind on the grid, but I’ll do my best and hopefully we can make progress. This race will be very long and key point will be tyre management so we’ll look to make a good start and hopefully finish in a good position.”