NAKAGAMI POSITIVE AFTER DAY ONE IN ARGENTINA

NAKAGAMI POSITIVE AFTER DAY ONE IN ARGENTINA 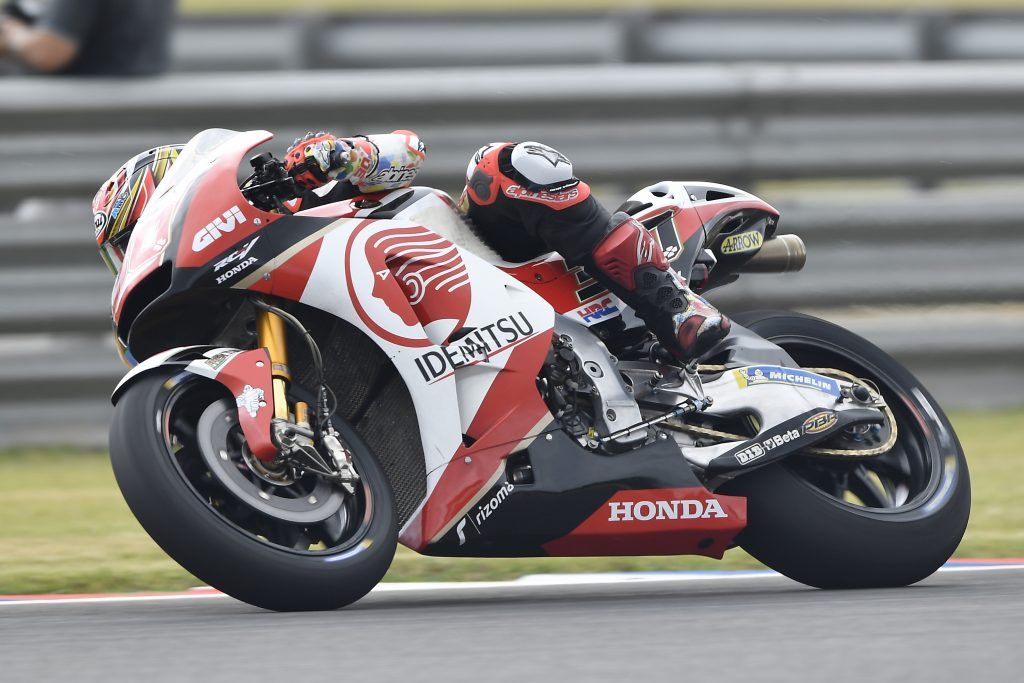 LCR Honda IDEMITSU rider Takaaki Nakagami was happy with day one at the Grand Prix of Argentina in Termas de Rio Hondo, as he got to grips with the track for the first time on a MotoGP machine.

The Japanese rookie finished 18th in the first session at the north-western venue, but despite being one of the riders to improve his time in the rain-affected second free practice, was a combined 20th overall. Nonetheless, having not put in a fresh tyre as many of his rivals did, Taka is confident of making progress up the timesheets on day two as the field head into qualifying for Sunday’s race.

“It’s quite a positive day for us, despite the fact that the overall position doesn’t look so good. I actually expected a little bit more because during the session I was close to the top ten. However, we didn’t use the new tyre at the end of the session today as we wanted to get the race distance feeling, and many people improved their lap-times then.”

“I am quite happy with how the first day has gone. We need to work a lot still, but I think it was positive because we can keep pushing and keep improving on day two.”