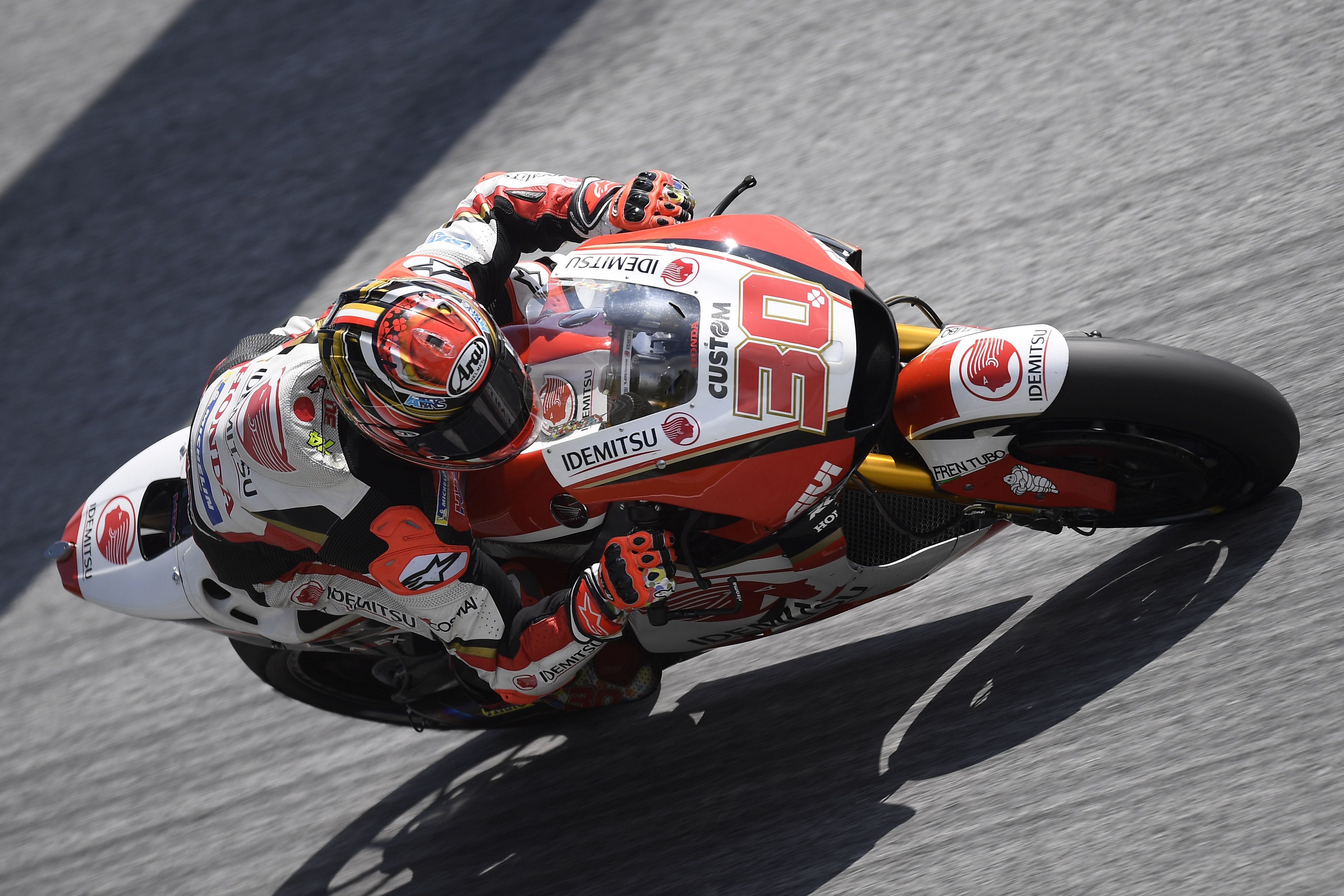 MotoGP rookie Takaaki Nakagami will start the Austrian Grand Prix from the seventh row of the grid after a difficult weekend of weather at the Spielberg circuit. The LCR Honda IDEMITSU rider has had limited dry track time on his first visit to what is a uniquely technical track, but is still hopeful of making progress through the field in the race.

The Japanese rider set the 21st fastest time of the Q1 session, after both FP2 and FP3 had been affected by rain. With the lack of dry practice time, making improvements to the bike has been hard, but the team have ideas of what they can do to improve Taka’s feeling for the 28-lap race.

“It was a bit of a difficult day for me, and this isn’t the sort of position I want to start in. The weather has been very changeable, and we thought it might even be wet all day. Finally, in FP4 it dried up and just before qualifying we had a dry track. We tried to make changes, but we couldn’t improve the bike from yesterday. We also tried to modify the gearbox and the electronics, but there was no step forward unfortunately”.

“In qualifying we tried to go back to Friday’s set-up, but the lap time was almost exactly the same. It has been tough, and in the race I think it’s going to be hard to make a choice of the rear tyre because we could not do a proper long run. Following our tyre choice we need to think about the end of the race, and this might mean making changes to the engine power, but we will discuss everything with the whole LCR Honda IDEMITSU team and then make a decision.”