TAKA SECOND IN FP1 AS NEW SEASON STARTS IN QATAR

TAKA SECOND IN FP1 AS NEW SEASON STARTS IN QATAR 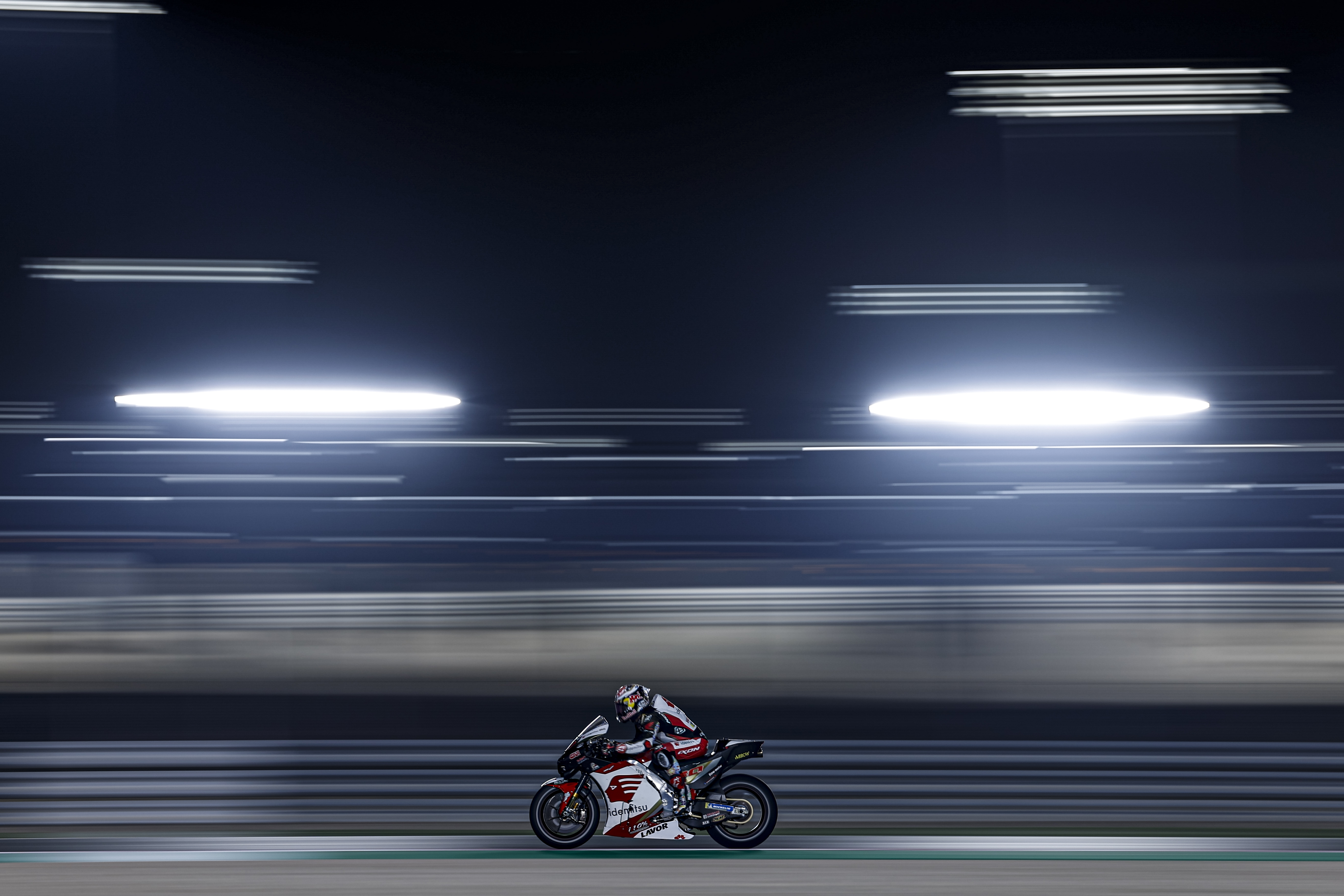 Taka Nakagami wasted no time in demonstrating his potential on the new Honda RC213v machinery as the 2022 MotoGP World Championship officially got underway in Qatar on Friday. The season started in earnest at the Losail International Circuit and the LCR Honda IDEMITSU rider impressed by taking 2nd spot in the first free practice session of the 2022 calendar.

With FP1 and FP2 now taking place in contrasting day-night conditions, Taka laid down a marker with his final run in the afternoon as he went fastest with his penultimate lap before being edged out by KTM rider Brad Binder. Track conditions were very different once the sun had set, but the Japanese rider narrowly missed out on a top-10 spot and will now fight hard for direct entry to Q1 on Saturday.