TAKA THE TOP HONDA ON DAY ONE AT SACHSENRING

TAKA THE TOP HONDA ON DAY ONE AT SACHSENRING 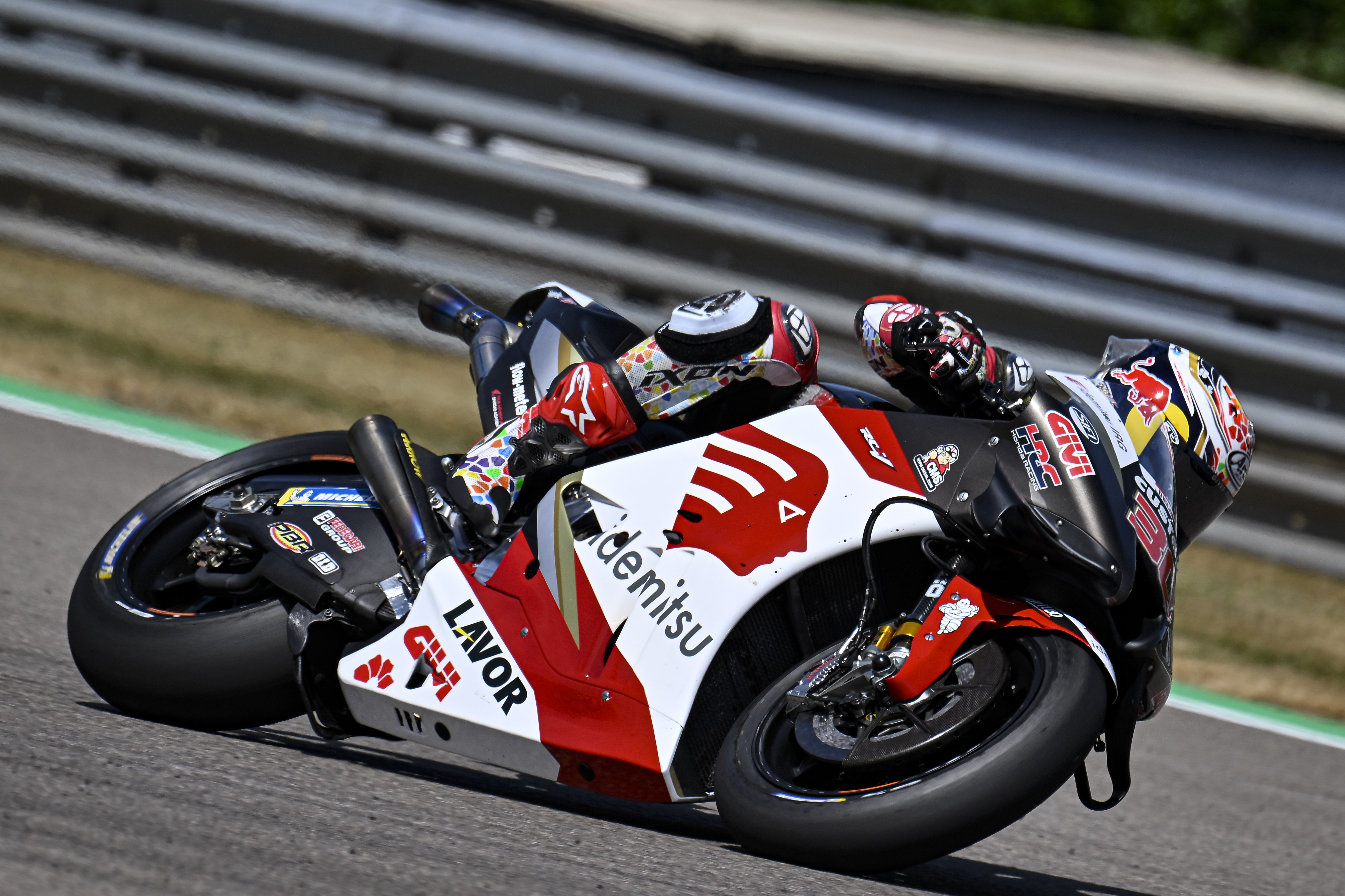 Takaaki Nakagami impressed on the opening day of free practice for the German Grand Prix having been passed fit to compete at the Sachsenring. Despite still feeling aches and pains from his fall at Montmelo last time out, the LCR Honda IDEMITSU man rode through the pain barrier and showed his potential to challenge towards the front of the MotoGP field this weekend.

Taka dispelled any concerns over his competitiveness in FP1 as he quickly established himself amongst the early pacesetters, eventually finishing the session in 5th. His race pace looked encouraging in FP2 and, although he was unable to find a quick lap and maintain his place in the top-10, he remains confident of improvement and making Q2 tomorrow.