ZARCO UP AND RUNNING IN LCR HONDA IDEMITSU COLOURS

ZARCO UP AND RUNNING IN LCR HONDA IDEMITSU COLOURS 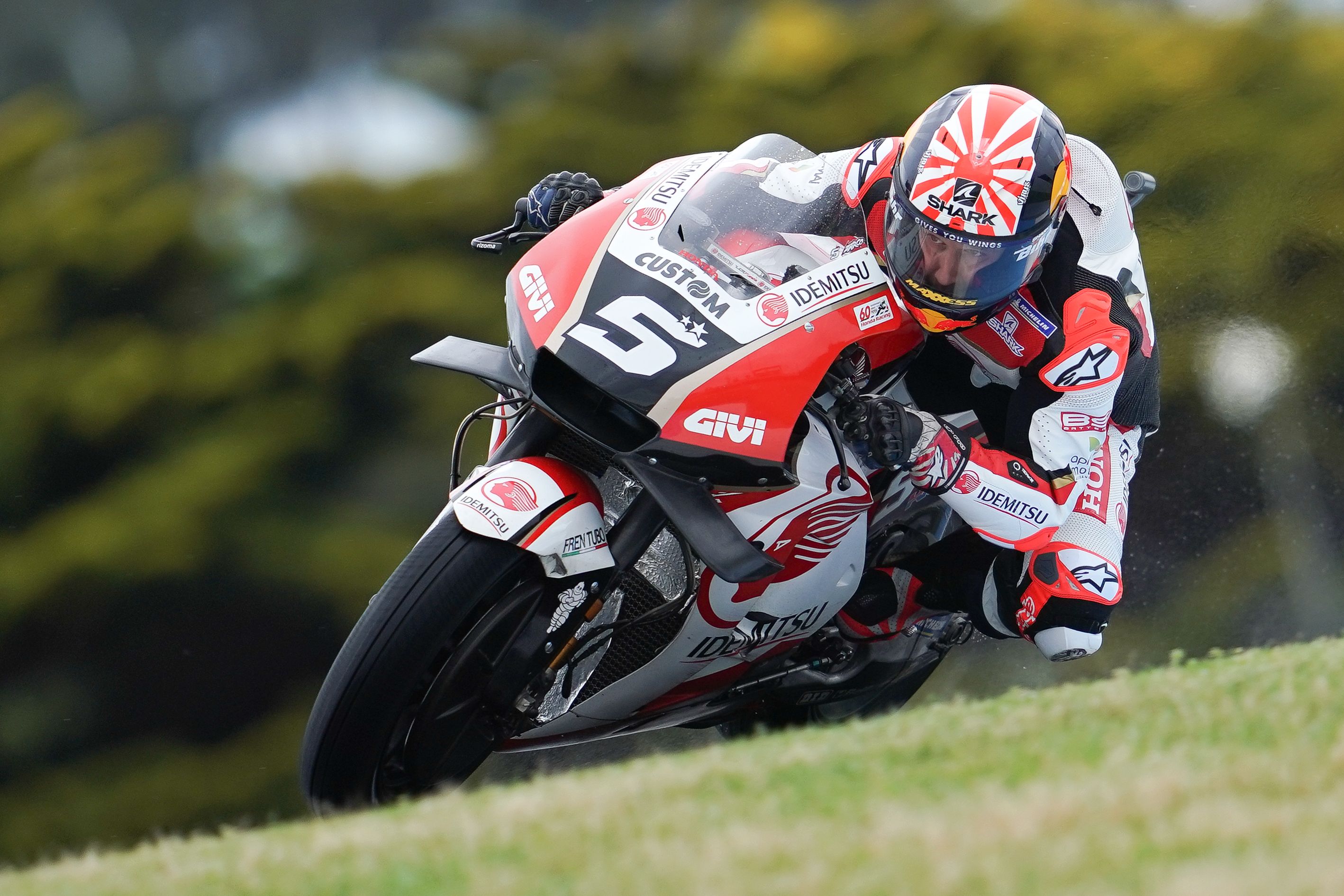 LCR Honda IDEMITSU rider Johann Zarco got his first taste of the RC213V as free practice for the Australian Grand Prix got underway on Friday. The Frenchman is standing in for Takaaki Nakagami for the final three races of the season and made a solid start at Phillip Island as he finished the opening day in the top 15.

Zarco admitted it had taken him some time to find his confidence and rhythm on board his new machine, but is now looking forward to qualifying on Saturday. He went 13th fastest in a rain-affected FP1 session, before taking 15th in FP2 – just ahead of Repsol Honda’s Jorge Lorenzo – as conditions dried out at the famous coastal circuit.

“With the rain this morning it was not easy to discover the bike, but it was good because in the rain you go slower so you have more time. With the wet conditions it was a little bit scary, but even being scary I was not super slow, so that was positive. In the afternoon it was good to really try the bike in the dry and get some real information. It was not easy and I had to build some confidence step by step. At this track you really need to trust the bike a lot and you could see that, compared to the others, I was not going as fast into the corners. But step by step I improved, not enough to be in the top 10, but at least I was able to catch back some time. It will be a tough weekend to find new limits and put myself back to a very high level of performance, but that’s the challenge and I will give it my best.”